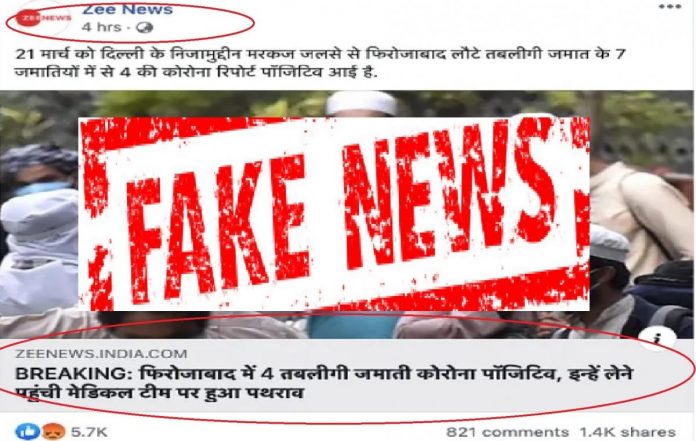 Zee News has since deleted the tweet and edited its report.

Jaipur: The Firozabad police have said a news report published by Zee News on April 6, 2020, which alleged that a medical team in Uttar Pradesh that was escorting Tablighi Jamaat members who had tested positive for the novel coronavirus was pelted with stones, is falso.

Warning Zee News to remove its tweet based on the report, the Firozabad police tweeted, “You are spreading false and misleading news when neither a medical team nor any ambulance has been pelted with stones in Firozabad district. Delete your tweet immediately.”

The edited report claims that four of the seven Tablighi Jamaat members have tested positive for COVID-19 in Firozabad.