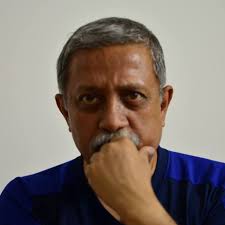 Poaching isn’t a word that exists only in political parlance around the world. Employees can be poached by corporates, ideas are often poached by unscrupulous writers, and of course lots of people love poached eggs. However, it is time to connect the word back to the world where it rightly belongs – wildlife and the environment. One news report about the World Health Organization (WHO) set to formally recognize Traditional Chinese Medicine (TCM) for the first time at the 72nd World Health Assembly in Geneva this week is rather alarming. This is because TCM is known to use wild animal parts in its formulations. If this comes about, the possibility pushing many species on the brink of extinction becomes alarmingly high. Poaching of tigers, according to WPSI figures reached a high of 50 in 2016 and then declined to 38 and 34 in 2017 and 2018, and now until May 2019 the figure stands at 15 which should be enough to warn the decision-makers at WHO about what they are about to do. In its recent response to a Right to Information (RTI) request, the Wildlife Crime Control Bureau (WCCB) said that 429 tigers were killed in the past decade (2008 to 2018), as a result of poaching. The Ministry of Environment and Forests reveals that the highest number of tiger killings occurred in Madhya Pradesh (71), followed by 46 in Maharashtra and Karnataka each, and 42 in Assam and Chhattisgarh. It isn’t just the tiger where #SaveTheTiger missions might get compromised, but even species like pangolin, bear, and rhino are at risk as their body parts are used in TCM to treat ailments from arthritis to epilepsy to erectile dysfunction. Poaching isn’t limited to these animals but is fast including lions, jaguars, and other big cats.

TCM sympathisers point out that their science dates back to the third century BC and ‘grew out of the writings of ancient healers, who began recording their observations of the body, its functions, and its reactions to various therapies and treatments, including herbal remedies, massage, and acupuncture. For more than 2,000 years, generations of healers and scholars added to and refined the knowledge. The result is a canon of literature dealing with practically every sort of health issue—from the common cold to cancer, pregnancy to old age.’ However, there is no viable justification in activities that might end up in wiping out ‘entire species when other existing and well-proven methods can clearly treat these medical challenges’. An article in the National Geographic clearly mentions that ‘TCM has been criticized by the medical community for lacking efficacy in many of its applications, by the conservation community for its use of substances derived from animals and its role in increasing the demand for species threatened by extinction.’

More on what the world thinks of TCM Sudhir Ahluwalia, who has spent nearly 23 years with the Indian Forest service and is the author of multiple books on herbs and health, told me that ‘TCM is used in an adjunct role in many hospitals in China’, and added that ‘the challenge for TCM lies in making available raw material required to make herbal medicines. Most of these are collected, often illegally from forest areas. Animal parts are also used in some cases. Without adequate provisions for medicinal plant farming this form of Chinese medicine has the potential of leading towards an environmental disaster.’ A press note released by Panthera, an environmental agency and wildlife conservation trust also talks about its concerns about the decision that WHO is poised to take and its Chief Scientist and Tiger Program Senior Director, Dr. John Goodrich, says unequivocally that ‘any recognition of TCM from an entity of the World Health Organization’s stature will be perceived by the global community as a stamp of approval from the United Nations on the overall practice, which includes the use of remedies utilizing wild animal parts. Failure to specifically condemn the use of Traditional Chinese Medicine utilizing wild animal parts is egregiously negligent and irresponsible.’

The way WHO responded

Environmentalists as well as wildlife conservationists believe that activities using wild animal parts, including from captive bred specimens does immense harm to the perceptions of the common man when organisations like the WHO go out of the way to endorse legitimize this practice in TCM. This will obviously lead to a decline of wild animal populations around the globe. It is, therefore, essential for ugent and stringent action to stop illegal wildlife trade from nations like China and Vietnam as well as captive breeding of threatened species both of which will allow ‘the credibility of Traditional Chinese Medicine without causing undue harm to wild animals’.

In response to criticism coming from all corners of the globe, WHO clarifies that an inclusion of TCM in its global medical compendium does not imply that it means to look the other way so far as the conclusions of the Convention on International Trade in Endangered Species of Wild Fauna and Flora (CITES) are concerned. An article published as far back as October 2018 in the Forbes magazine also states that ‘a news story in the journal Nature reported that the World Health Organization, which is supposed to be devoted to improving the health and medical care of people around the globe, will for the first time endorse a belief system called “traditional Chinese medicine.” I’m labeling TCM a belief system because that’s what it is–but the WHO will be endorsing it as a set of medical practices.’ What this means is that the thinkers from around the globe have been attempting to raise this issue for a long time now. Another online portal believes that the entire issue could be escalated because ‘the Chinese government is supporting traditional Chinese medicine by setting up teaching and clinical centres outside China, increasing demand for pieces of animals facing extinction’. Investigation reports that in October 2018 the Chinese government reversed a 25-year ban on the use of tiger and rhino parts in TCM, but due to an overwhelming international outcry, the ban was temporarily reinstated. Yet, recent reports suggest that China is succumbing to pressure from tiger breeders and farms by quietly creating loopholes allowing the trade to move forward. There is another instance of rhino horn being used in Traditional Chinese Medicine, but increasingly common is its use as a status symbol to display success and wealth. Anyone can easily conclude that the menace associated with not taking action against the use of animal parts for any system of medicine, however logical it may sound, can have repercussions that will go beyond merely recognizing TCM as a valid curative system that a section of our population may have faith on.

Panthera believes that the discussion must not remain limited to only endangered species becasue the way WHO decides will have a direct bearing on overall biodiversity issues and may push a number of species from ‘least concern’ to ‘endangered’ which will have serious reflections in the years to come. While on the issue of legal captive breeding one also needs to understand that this cover can be the starting point for the temptation to hop over to illegal poaching of wild animals that will then become an enhanced risk. Findings hovering around Thailand’s Tiger Temple and South Africa’s legal captive lion industry support this claim. Agreeing to these perceptions, Sudhir Ahluwalia states adds that ‘animals are an integral part of the forest ecosystem. Poaching disturbs ecological balance and brings about unexpected results. Poaching of carnivores will lead to rise in herbivores. More herbivores will cause increased grazing in the forest. Overgrazing triggers the process of habitat destruction, disappearance of flora and fauna, soil erosion, soil destruction and ecological disaster. The world is replete with examples where destruction of a species had a spill-over effect to others. These all cause biodiversity loss with spillover effects.’

These concerns are as much about wildlife and the environment as they are about human health as it relies upon nature to a large extent. Echoing this sentiment, Dr Fred Launay, President and CEO of Panthera, says that ‘the WHO should be well aware that human health is highly dependent on the vitality of animal populations in the wild and the ecosystems they support. Condemning Traditional Chinese Medicine utilizing wild animal parts is a common sense, win-win move for the well-being of people and wild animals alike.’ What happens if we keep quiet

Debbie Banks, Tiger Campaign Leader for the Environmental Investigation Agency (EIA), insists that ‘over 5,000 Asian leopards have been seized in trade in the last two decades. China’s licensed domestic trade in leopard bone wine and pills is a major driver of demand and the scale of the trade is huge. In 2018, the trade in 1.23 tonnes of leopard bone was authorized between just two companies out of at least 30 that are licensed to produce leopard medicines.’ Keeping quiet is and never was a viable option. There are experts who believe that the provisions of the Wildlife Protection Act 1972 are fairly stringent. However, there is a need for a forest protection force on the lines of the Armed Police with a separate command structure. This forest protection force can be deployed in critical areas like Kaziranga National Park, Corbett National Park etc. and other areas where repeated instances of poaching are received. Earlier attempts in creating a force have been half-hearted and we know that retired ex-army personnel have been inducted and deployed. But there is more that can be done. Among the actions that must be reinforced are forest patrols by personnel with high degrees of physical fitness, training in forestry terrain, and the ability to stay for days in the forest. The force needs to be equipped with communication infrastructure and weapons. The hard truth is that this type of work cannot be done only by a force consisting of retired people. It has been observed that deployment of armed police to forest areas is also not useful as the force is not trained to operate in forest areas and is, therefore, largely ineffective.

Our primary concerns need to revolve around concerns that involve all stakeholders of the planet’s natural resources. Dr. Anish Andheria, President of Wildlife Conservation Trust believes that ‘while choosing to endorse TCM, the WHO seems to have ignored the compelling data that links illegal wildlife trade to the mortality rates of frontline forest staff and the exploitation of forest-dwelling communities’. It is obvious that endorsing any practice that endangers any of the stakeholders anywhere is going to prove to be counter-productive.

Just one misstep by WHO can lead to an irreversible damage to all that is dear to our hearts and this is more terrorizing than any other form of terror that the world seems to be grappling with these days. Being a party to any ill-conceived decision by a world body is almost like someone unleashing a terrorizing form of poaching that feeds on everything that interests mankind. The issue is as much about TCM endorsement as it is about saving our wildlife and our environment. Poaching of genuine environmental concerns must end.

Chinese tech giant Huawei is all set to build a 4G...