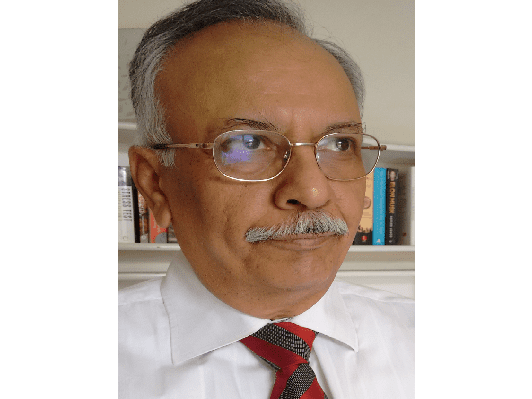 Soviet agents are said to have used a ricin poison pellet to kill Georgi Markov a Bulgarian writer and columnist. An umbrella was used to inject the poison into the individual’s body. This act of murder was widely reported in the UK and international media and led to a major diplomatic row between UK and the then Soviet Union. Ricin is said to have been used in the Iraq conflict in 1980s too. Ricin attacks have also been reported from the US and Europe too. Many of the attacks have been classified as acts of terror.

Ricin is a poison found naturally in castor beans. It is one of the most potent poisons available on the planet. Castor beans are available easily and the poison in them is deadly. It is not surprising that terrorists find ricin as a convenient tool for spreading terror.

Castor is a drought resistant crop extensively cultivated in Rajasthan, Gujarat, Andhra Pradesh, Maharashtra etc. The poison from castor is recovered from the waste left after extraction of oil from the castor beans. Castor oil has numerous industrial applications. India produces over 1.5 million tons of castor oil. It accounts for nearly three fourth of the global production of this oil. It takes swallowing a few castor beans for the poison to kick in. Death is slow and painful taking 24 to 72 hours.Symptoms begin with shortness of breath, nausea, diarrhea, lowering of blood pressurefollowed by respiratory failure. Georgi Markov died a similar death and the best medical help in London could not save him. The problem with ricin and other plant-based poisons is that an antidote of many of these plant-based poisons is yet to be discovered.

Plants have been used by humans as poisons from the beginning of time. These have been used to kill, terrorize and hunt. In ancient times, spears, swords and arrows were tipped with extracts from poisonous plants. These weapons were mainly used to kill opponents surreptitiously.

There are hundreds of poisonous plants in the world. In India alone, fifty-four plantshave been documented to be poisonous. Some of these plants are quite common and we encounter them quite frequently. It is just that we are not aware that these have deadly properties. Let me list some common poisonous plants.

Nerium odorum is a flowering plant that we come across in gardens. The plant has been extensively planted on the medians of our highways. The plant bears showy flower pink, yellow, purple and white flowers arranged in bunches. The common name of Nerium is kaner or dogbane. The plant is a bush which can grow attain the size of a small tree. A white latex oozes from the plant when a leaf is plucked on the plant is injured. This latex is poisonous. All parts of the plant are poisonous. During the movement of the army of Alexander the Great from Persia to India, some of his soldiers used a wood fire made from the twigs from the bushes ofthe Nerium plant to skewer meat. The smoke from wood being poisonousresulted in the death of some of these soldiers. Similar incidences of poisoning have been reported from other parts of the world too. Skin when exposed to the latex can cause irritation. Initial symptoms of Nerium plant poisoning are nausea, light headedness followed by heart blockwhich leads to death.

Many of us are aware of the execution of Socrates from drinking a cup of hemlock. Did you know that the hemlock poison comes from the plant – Conium maculatum. This plant belongs to the same family as carrot and fennel. It is found extensively growing in the Mediterranean region. Coniine is a poisonous alkaloid found in all parts of the plant. Coniine causes sedation. Probably Socrates chose a cup of hemlock for his death. He probably felt this was the least painful way of dying. Hemlock is also used in medicine. It is used to treat muscle spasms. Many of us are familiar with Atropa belladonna. The common name of the plant is‘deadly nightshade’. Belladonna ointments are used to provide relief from joint pain, sciatica and nerve pain. Belladonna plasters were frequently used in the last century. These were used asa plaster that was applied over boils. Belladonna in the plaster led to rapid pus formation. This could then be easily drained with rapid healing of the boil.

The word belladonna in Italian means beautiful lady. It dilates the eyes and women would use to enlarge the pupils. This gave them a striking appearance. Atropa belladonna berries are especially poisonous. They are known to induce manic behavior and hallucinations. A mistaken consumption of the berries from the Atropa belladonna plant by a hiker in Germany in 2012 triggered a bout of manic behavior. The victim who was raving mad in the forest was luckily rescued by a search party. He was taken to a hospital and treated for Atropa poisoning. As the effects of the poison subsided, so did the manic symptoms.

Datura is a plant with which many of us are familiar. It belongs to the same family as Atropa belladonna. It has been used as a recreational drug over centuries. The active agent in datura is atropine. It is known to trigger hallucinations. Datura is often used in cigarettes or mixed in tea. Cases of fatalities from consumption of Datura are rare. The plant, though, has a potential for misuse by criminals and terrorists who can use plants like Datura and Atropa to disorient victims. In ancient Rome monkshood or wolfsbane plant,cultivated as an ornamental in gardens. The plant bears attractive dark blue flowers.  In ancient Rome the plant was used to execute prisoners. The botanical name of the plant is Aconitum napellus.

Aconitine alkaloid is the poisonous substance of this plant. This poison along with ricin are some of the deadliest poisons on earth. It is most noted as a heart and nerve poison. Raw aconite plants are extremely poisonous. In ancient times, spears and arrows dipped in extracts from the plant were used to kill enemies. While all parts of the plant are poisonous, it is in the roots where the concentration of the toxin is the highest.

Madar also known as Aak is commonly encountered in the drier regions of India. There are two species of this plant – Calotropis procera and Calotropis gigantea. The latter, as the name suggests is bigger and reaches the height of a small sized tree. Calotropis procera on the other hand is a relatively small plant. Both these plants exude a white latex. The flowers of both aresimilar. The milky juice from the gigantea species is said to be 20 times more poisonous than strychnine which is well known highly poisonous substance. Calotropis procera is frequently encountered in Rajasthan. An accidental exposure of the sap to the eyes can lead to temporary loss of vision. The eyes develop lesions. Protecting the eye from accidental exposure can be done by use of glasses which should be worn when passing through areas where the plant is found in preponderance. Nux vomica is a homeopathic medicine. Strychnine and brucine are two alkaloids found in the plant Strychnos nox vomica. The plant is widely used in both Chinese medicine and in Ayurveda. Lethal doses of this poison induce convulsions of the central nervous system, paralysis and death by cardiac arrest. We need to know our plants. They are both sources of medicine and poison. What we use them for is for us to decide.

Will IITs accept Academic Bank of Credits from non-IITs?