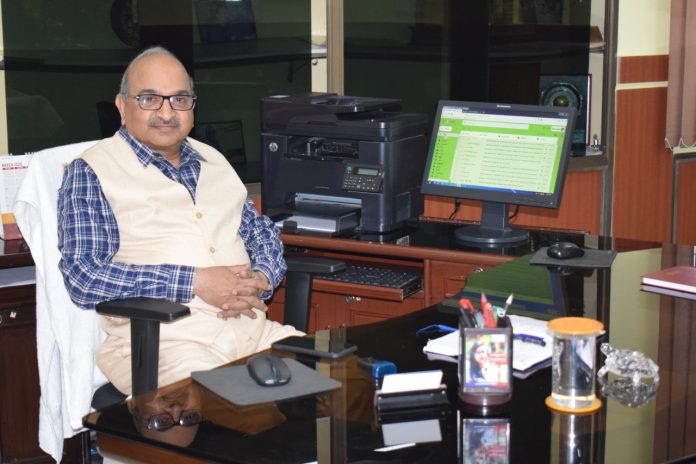 dam Smith, a Scottish economist, popularly known as the Father of economics explained economics as a ‘science of wealth’. He deliberated over the concept that, though water is the primary reason for life on earth, it is still less ‘valuable’ than diamonds. However, we can live without diamonds but we cannot live without water. This concept was known as the Diamond Water Paradox. If today, Adam Smith would have been alive; would he redefine this paradox of value? One may wonder why water, which is a necessity for life is valued less than a shiny piece of an element known as diamonds.

Different economists have explained the reasons for this paradox in different ways. Some gave the concept of scarcity, some talked about marginal utility and some enumerated the concept of demand and supply. The truth, however, remains that until today we have to pay a huge amount for diamonds as compared to what we pay for water. The concept is explained by economists through the law of diminishing marginal utility, they argue that in the eyes of the consumers, diamonds are more valuable than redoubtable water. It is evident that if anyone is given an option to have a diamond against water, the outcome is obvious. The utility of water is temporary in comparison to diamonds for most of us. We hardly have any realization when we see water literally spiraling down the storm drain. We may not have a penchant for diamonds but still, enormous water flows down our sluices through our washbasin each time we enter the bathroom, and if the sluice over-spills then it is considered of no value. No wonder water has less stature among some economists by appendage, average consumers. The concept of water and diamond was proposed in 1700; from then till 2020 the demand and supply of both the commodities have changed alarmingly. Today 66% of the water is consumed for irrigation, arid regions use around 90% of the water, domestic households and industries consume 34% and 20% of water respectively. Change in lifestyle, increase in population has increased the demand for water. In contrast, the wastage of water, global warming, and improper use of water have depleted our water resources. With an increase in demand for water and its supply reaching a critical level, the paradox of value may reverse.

Value of use & value in exchange

Water has a higher value of use but is exchanged for low value  and on the other hand diamond has very little value of use but is exchanged at a very high price. It happens because of the difference in their marginal utility. The marginal utility of a commodity means the satisfaction derived after consuming an additional utility of a commodity. It is also stated that marginal utility decreases as we consume the same commodity without any interval and the satisfaction derived from the additional utility will fall. (Law of diminishing utility). The same law follows when a person consumes a diamond or water. But it is interesting to note that the first glass of water consumed gives more satisfaction as compared to the first unit of diamond bought. Water has a greater marginal utility at the initial level as compared to diamonds. This is the case when a person is thirsty but water is not available at that time. In this situation, water will be having greater value than diamond. If water is easily available, then the consumer will not be interested in consuming water till they need it. And once the need is met, his marginal utility becomes zero which means he is no longer interested to buy water. This is explicitly different for diamonds. Diamonds are projected to be scarce and are well marketed to create demand. It results in the higher marginal utility of diamonds and thus get exorbitantly priced as compared to water. Adam Smith wrote in his book Wealth of nations: ‘Nothing is more useful than water, but it will purchase scarce anything.’

Water only triggers one aspect of its usage and that is for domestic purposes. Water has a variety of uses and it has increased multifold since 1950. According to an estimate, the consumption of water is increasing at double the rate of increase in population. During 1950 the annual water consumption was 1.22 trillion cubic meters, it reached four trillion during 2014 and since then is continuously increasing.  At this rate, it is forecasted by the Organization for Economic Co-operation and Development that global water consumption will increase to almost six trillion cubic meters in 2050. This increase is expected due to the increase in population and industry demand. It is not only an increase in population that will make the demand for water rise but it is expected that the demand for water by industries will increase in the future to a great extent. At present industrialized countries demand 19 percent of all water. In the coming years as the present economic situation projects, many countries will be enhancing industrialization resulting in a huge demand for water.

Another factor that will increase the dependency of industries on water is the consumer buying pattern. Industrialization will lead to urbanization which, in turn, will enhance the per-capita income. An increase in per-capita income will increase the purchasing power of the people. Higher purchasing power will shift the demand of people to a nutritious diet like a diet rich in proteins rather than a grain-based diet. The production of high protein foods requires more water thus leading to a high demand for water. Across the globe, maximum consumption (around 69%) of water used takes place in the agricultural sector. Agriculture is followed by Industries, which accounts for 19% of the water used, the remaining 12% of water is used domestically. Ironically, the use of water is increasing at a fast rate, from 1960 till 2019 demand for water by households has increased by more than 600%. As the population increases so does the demand for water. As the economic activity of the world increases, demand for water will also increase since for many industries, water is an important raw material. The industries refer to the water they use for the processes as embedded water or virtual water. A large amount of food products are being exchanged globally, each time the exchange takes place inadvertently, countries partake in water trading.

Pacific Institute compiled data from direct and indirect resources that total renewable freshwater supply in the world is 53674.44 km3/yr. The primary sources of water which bring continuity in the water supply are groundwater, rainwater, and glaciers. Groundwater counts for food security and livelihood. In the last fifty years, the rate of abstraction of groundwater has increased to a great extent and is an important source of consumption, contributing 50% of the world’s drinking water. Over the years over-utilization of groundwater has created a sign of worry. The speed with which it is used is greater than with which it is replenished. Global warming has made glaciers shrink and it may seem that the level of the stream has increased but in the long run, the glaciers will disappear leaving the streams dry. It will result in a considerable fall in the water supply. Polluting water worldwide has reduced the supply of clean water which is fit for a variety of uses. The earth hydrologic cycle furnishes the water on earth, rain is an important component of the cycle as it increases the supply of water to earth. Sadly, most of the water falling as rain is not collected, thus not making a great significance to total supply.

Due to climate change and drought-like situations, coupled with unbounded groundwater draw-out, the aperture between demand and supply of water is prone to be broadened. Though nature has its unique way of distributing and maintaining water resources, humans are unable to manage, maintain, and relinquish it. The present condition projects that the supply of water after thirty years will be at a critical stage. The paradox of value had held true when Adam Smith was alive. After four centuries, the paradox of value has now over-turned. In order to have a sustainable level of water, consumption of water should be lesser than the replenishment of water. In the present scenario, the gap between demand and supply of water is widening. Failure to conserve the existing water and unable to curtail the wastage, humans are trying their level best to defy the paradox of value. It is predicted that after thirty years demand for water will be too high as compared to the supply of water.  Water being a necessity commodity, its demand is inelastic. The scarcity and inelasticity of demand will collaborate to increase the price of water. The situation will further be aggravated with a reduced supply of water. The prices of water will surpass that of the diamonds. After a few years don’t be surprised if your wife or friend demands a bottle of water instead of a diamond ring.