Indore: Madhya Pradesh healthcare workers and civic officials were attacked by a mob of angry locals in an Indore neighbourhood on Wednesday, as they visited the area to screen residents for signs of novel coronavirus infection. Two women doctors were injured in the attack and had to be rescued by police. The shocking attack came two days after locals from the Ranipura area of the city allegedly spat at officials and abused them during screening procedures.

In a disturbing video of the attack, two healthcare workers dressed in light blue PPE (personal protective equipment) suits can be seen running from a small group of locals who are throwing stones and what appears to be a large piece of plastic at them.

As the minute-long video plays out, the small group of locals becomes a mob of around 100 angry residents shouting abuses, throwing sticks and stones and chasing them down the narrow lane.

At least two confirmed cases of COVID-19 infection have been reported from the Taat Patti Bakhal of Indore, one of two COVID-19 hotspots in the city, and as many as 54 families have been isolated amid heavy resistance from locals.

Indore has 76 per cent of all coronavirus reported from Madhya Pradesh so far. The state has 93 active cases with seven deaths linked to the virus; the seventh – a 65-year-old woman – was reported by news agency PTI and has yet to be confirmed by the Health Ministry.

Attacks on medical personnel and healthcare workers have worsened over the past few days, with doctors at Hyderabad’s Gandhi Hospital alleging they were attacked after a patient infected with the novel coronavirus died of co-morbidity this week.

The doctors at the Hyderabad have claimed protection from the government and an assurance from Chief Minister K Chandrashekar Rao. They have also written to the police.

Reports of attacks on doctors and medical staff have also come in from Surat in Gujarat. News agency AFP quoted Sanjibani Panigrahi as saying she had been accosted while returning home after treating COVID-19 patients.

She said neighbours blocked her at the entrance to her apartment building and threatened “consequences” if she continued to work.

“These are the same people who have happily interacted with me (in the past). Whenever they’ve faced a problem, I’ve helped them out,” the 36-year-old told AFP, adding, “There is a sense of fear among people. I do understand. But it’s like I suddenly became an untouchable”.

In Delhi’s prestigious AIIMS (All India Institute of Medical Sciences), doctors have appealed for help after health workers were evicted from their homes by panicked landlords and housing societies. 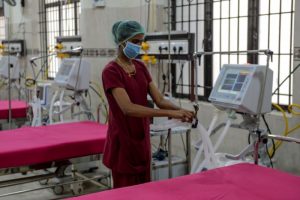 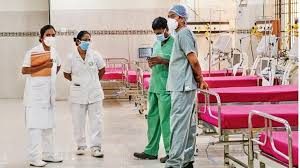 Prime Minister Narendra Modi has urged people against mistreating doctors and healthcare workers as they battle to save the country from one of the most infectious viral attacks in recent years. He called doctors “incarnations of God” and said those harassing them would face police action.

“In this hour of crisis, those in white coats are the incarnation of God. Today they are saving lives, putting their own lives in danger,” the Prime Minister said, interacting via video link with the people of his constituency Varanasi in Uttar Pradesh on the coronavirus crisis.

On Wednesday Delhi Chief Minister Arvind Kejriwal said those treating COVID-19 patients were “no less than soldiers protecting the country”. Mr Kejriwal has said Rs 1 crore will be given to families of healthcare workers who died while dealing with coronavirus cases.

Last week, the centre had declared a medical cover of Rs 50 crore for those in the forefront of the fight against the deadly virus. The medical insurance cover was a part of the Rs 1.75 lakh crore package announced by Finance Minister Nirmala Sitharaman.

Across India the overall number of COVID-19 cases is nearing 2,000; of these more than 1,600 are active cases and at least 41 deaths have been linked to the virus. Worldwide the virus has infected over 9.3 lakh people and killed nearly 47,000 others.

Covid-19: Apple, Google to shut down the coronavirus tracker once it...