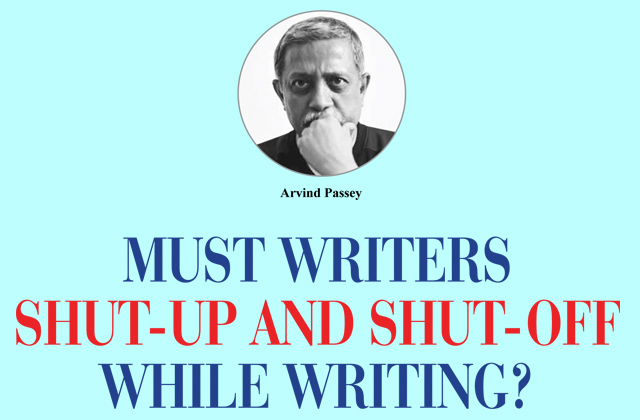 These days when I pick up a work of fiction I am literally dragged into a net of words where characters seem comfortable with Facebook, Twitter, Snapchat, and sometimes even Instagram and I find this strange. Plots hover around villains communicating on Gmail, heroes are Whatsapping poetry to their girl-friends, and long-distance conversations are happening on Google Hangouts… and I find all this rather disconcerting. Extra-marital affairs are exclusively online. Ten second videos are flying from one social media platform to another and lols are transmitted as immediate pay-offs. Even fictional characters seem to have moved inside what the world calls the internet. Both solace and restlessness use the broadband almost like old-fashioned men used a hammock in a garden where a real breeze blew. The entire world seems to have shrunk and gone deep inside a laptop, or worse, inside a smartphone screen. Real conversations over real coffee are now just one more addition to the idiotic exchange of words in similar sounding episodes on Netflix. If this is what is being written then I am certain that this is where the real inspirations of the present day are. The internet is the real world now. Inspirations too then have found a way to exist between audio and video bytes. Reading between the lines is dead and probably extinct.

If this is what is real, then writers too need to dive deep into the magical world of routers and servers. Solitude is no longer wandering off into the woods or packing a bag and moving away from the bustle of a big city into the arms of a rustic setting but simply switching off the smartphone or updating on the social media: ‘Busy writing my third short-story in the new year. Need your encouragement in the form of likes.’ Strange times indeed! 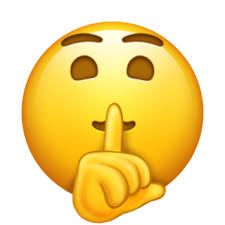 Don’t be a Dodo

You’re smiling and nodding your head in agreement now. If yes, you’re a perception-challenged dodo. The truth is that the kind of inspirations that a social media interaction gives is similar to stale fumes of burnt-out thoughts. There are no real ideas out there on the 4G highways, only caricatures. There are no truths there but clever-looking masks. Even the cats are actually copy-cats. Social media interactions travel back and forth between over-hyped sets of wrongly spelled emotions and insincere and cosmetically enhanced philosophies. Every idea sprinting at a blazing speed is, in reality, similar to a tourist who gets himself clicked at a sea beach standing in knee deep water and waving a scuba gear, announcing to the world, ‘I’ve just had an experience of a lifetime! Muah!’ Come on, everyone knows the person cannot even snorkel and wouldn’t spend money needed for a scuba dive.

Truth is quite real

The truth is that writers need real interactions with both people and books simply because no is ever born knowing it all. There are inspirations waiting patiently on every nook in the real world. The real world experiences are similar to stepping out of home to breathe in polluted air to understand what it means to live a life without even knowing that air purifiers exist. Move out and peer closely at the wrinkles of the old man who can barely move but who is still sitting on the pavement selling peanuts. Talk to your maid and listen to her stories. Visit the lanes and by-lanes where she lives and see for yourself that single dark room with no light and no ventilation where eight people spend hours fighting it out. Ask students from the deprived segment what it means to get admission to a computer engineering course without ever having worked on one and with no hope of ever buying a machine. No, everything isn’t so deeply creased with dismay… there are faces freshly painted with live enthusiasm out there, lovers who can tell you more about emotions than pout on Roposo ever will.

Real experiences lead to real attachments and a really stubborn wish to write about them. Once a writer has had enough of hobnobbing with reality, it is then time to write.

The writing process, some believe, needs a writer to be cloistered with just himself and his thoughts. Correct. This, however, does not mean he needs to impose a ban on every interaction. This is because writing isn’t depending entirely on the interactive research done but is constantly changing and evolving… writers need to get back to the research lab (read society as well as social media) to mix new ingredients. And anyway, a writer may lock himself up but cannot possibly put fetters on the mind. Virginia Woolf has written: ‘Lock up your libraries if you like; but there is no gate, no lock, no bolt that you can set upon the freedom of my mind.’

The search for the right thoughts and sometimes even the right expressions needs a writer to go back and forth between his writing desk or laptop and the real as well as the world that exists on the internet. The world inside his imagination isn’t happy to be left all alone though it does need solitude.

I have realized more than once in my writing sojourns that even interacting with other writings can be useful. It is true that an over-emphasis on reading while the writing process is going on can lead to influences that may not be what a writer desires but, as Stephen King once wrote: ‘If you don’t have time to read, you don’t have the time (or the tools) to write. Simple as that.’ But yes, as I have said earlier, writers do need to shut off the external world for long periods during the process of writing and, as Ray Bradbury wrote in Zen in the Art of Writing, ‘You must stay drunk on writing so reality cannot destroy you.’ Let writing be foremost on your mind even as you, the writer, jumps again and again into the pool of real world and online conversations.

With Career and Job, Youth Must Contribute to Mankind: Prof. Anil Shastri

How to Use Chkdsk to Scan & Fix Your Hard Drive: 4 Easy Ways

MESC and SSPU organized a National Conference on the ‘Changing Landscape in Media &...