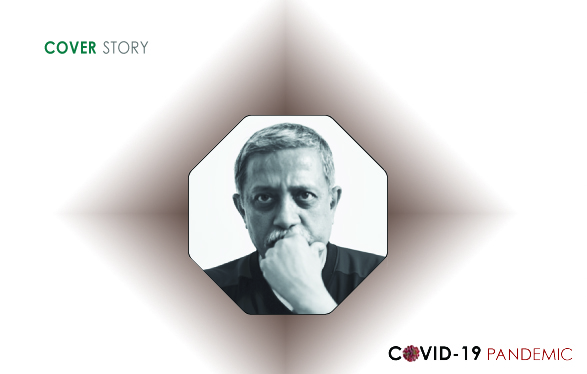 Much before humans of 2020 got pandemic-bitten, a friend looked up at the Delhi sky in disgust and said, ‘We’re really monkeying around with our environment.’ Well, he was right to some extent because many would feel that monkeys are still more human than humans because humans are forever monkeying around with disruptions.

Talking of monkeys, not many are aware that the three monkeys of Gandhi aren’t really a copyright idea of the great man. This triplet was popular as a lucky charm with British soldiers since the 1900s and many of them carried little statuettes with them as they went into battle during World War I. The Gandhian interpretation of not listening to, not looking at, or not speaking what is evil is a gift from Japanese Buddhism where they are called Mizaru, Kikazaru, and Iwazaru. A sensational twist was given to this sedate Buddhist proverb by Osho Rajneesh who interpreted them as a warning to not listen to, not look at, or not speak the truth if one wants a better life in the present world. This is because first disturbs your own reassuring lies that you are comfortable with, the second interferes with lies about God, heaven and hell that religions have propagated, and the third will instigate mobs of slumbering intellects to judge, censure, condemn, and denounce you.

There exists a fourth monkey, Shizaru, who does no evil. Osho defines doing as making known the truth. He recommends that making known or talking about one’s own joys truthfully will fetch only envy, curses, and wishes that only mean to harm. This brings in destruction and, therefore, according to him Shizaru must not share one’s truth.

The FOUR monkeys in a post-covid world

What sort of interpretation will the four monkeys prefer in a world that has been turned upside-down by the corona virus? This virus is neither a Buddhist nor has the marketing instincts of Osho. However, the pandemic has certainly changed the way people are going to behave in the post-covid period.

The first monkey is the individual who will need to STOP hearing suave gimmicky pitches of politicians, advertisers of inferior products, employers with vested interests, relatives and friends with sugar-coated disruptive ideas, and even pseudo intellectuals on the social media. And yes, stop hearing people asking you to flout social distancing norms or inciting you not to wear masks, or pushing you to enter crowded spaces the almighty will protect you. Bullshit! You are the epicenter of change and so ‘you must be the change you want to see in the world’, as Gandhi put it decades back.

The second monkey is obviously the governments who will need to STOP seeing points-of-view that are not aimed to help life of citizen get better… from a global perspective. Thus every facet from economy to environment and from volatile borders to divided mind-sets will have to be reset to follow the rules of global harmony.

The third monkey is the businessman who will need to STOP speaking or even endorsing words and ideas that hurt the cause of humanity. If this sounds like a socialist chant, then so be it. People must convince the business community to ensure that this happens as Gandhi did tell us that ‘nobody can hurt me without my permission’.

I believe the fourth monkey in the post-covid scenario will be the media and it needs to STOP being the mouth-piece of untruth. Lots of journalists have forgotten that reporting is flawed when you begin to subtly suggest answers or start creating scenarios that their channel or paper has an affinity towards. I guess it is time for them to unlearn their flaws and relearn the rules of journalism.

Remember, YOU are the epicenter of change, not Covid-19.