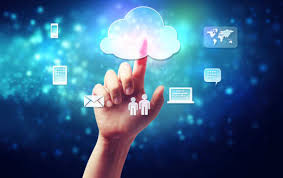 To make India a $5 trillion economy by 2024-2025 as the fourth Industrial Revolution or Industry 4.0 knocks at the door, the country urgently requires a renewed focus on skilling the youth in advanced technologies as robotics, Artificial Intelligence (AI), Internet of Things (IoT), 3D printing, data analytics and quantum computing.

The onus to create New-Age coders millennials who can write Cloud and AI-driven algorithms and help create secure software and apps lies completely with the public-private sector collaborations so that India first becomes a $3 trillion digital economy on way to hit the $5-trillion mark.

According to policy think-tank, Broadband India Forum (BIF), IoT and AI-based applications will create over 28 lakh jobs in rural India over a period of eight to 10 years with an annual value of Rs 60,000 crore.

Out of the 28 lakh jobs, at least 21 lakh jobs will be created for the agriculture sector (smart farming) and the other 7 lakh jobs in the rural healthcare sector, said the study was done by BIF in consultation with the Electronics Skill Council of India, the Agriculture Skill Council and the Healthcare Sector Skill Council.

According to IT industry’s apex body Nasscom, the demand-supply gap for skills affected the industry’s performance in 2018, due to a shortage of 140,000 skilled techies for 500,000 jobs in the industry across verticals.

“Going forward, the industry will face a shortage of 230,000 skilled techies as jobs in AI and Big Data are estimated to be 780,000 by 2021,” says Amit Aggarwal, chief executive of Nasscom’s IT-ITeS (IT-enabled Services) Sector Skills Council.

There are over 200 start-ups in India working to develop AI-based solutions to make our life easy across the spectrum with agriculture, health and education being the top-most priorities.

The country, however, needs to step up the gas on creating the world’s largest pool of skilled people and become a technology powerhouse like China.

According to Rishi Bhatnagar, President, Aeris Communications and Chairman of IET IoT Panel India, the Union Budget 2019 supports India in its technological revolution where AI along with IoT and Big Data is going to play a major role.

“The Finance Minister proposed to establish a National Research Foundation (NRF) which, we believe, will help the Indian workforce to skill/upskill and meet the industry demands in the technology space,” said Bhatnagar.

“Trained workforce on AI, IoT, Big Data, which are valued highly both within and outside the country; helping in creating more jobs and bridging the 15 million unemployment gap,” he added.

In a report titled ‘The Future of Jobs 2018’, the World Economic Forum (WEF) said around 54 percent of the global workforce had to be re-skilled or up-skilled to work in disruptive and digital technologies spawning the virtual world.

“AI, Big Data analytics and cloud computing will dominate businesses across verticals till 2022, changing job profiles for geeks, while legacy jobs will vanish,” stressed the report.

The Budget 2019 lays thrust on equipping youth with core, future-first skills in Artificial Intelligence, IoT, Big Data, Virtual Reality, and Robotics, among others.

“This move would, in the short-term, contribute to accelerating ongoing digital transformation initiatives, and to the emergence of a digital-first nation. Alongside, it would also enable India to emerge as a key talent hub for such skill-sets,” said Prabhu Ram, Head, Industry Intelligence Group (IIG), CyberMedia Research (CMR).

AI is expected to more than double the rate of innovation and employee productivity in India by 2021.

The rise of AI means that there was a necessity for workers to re-skill and upskill to remain relevant and play a part in the workforce of tomorrow.

“The jobs of today will not be the jobs of tomorrow, and we have already seen demand for software engineering roles expand rapidly beyond just the tech sector,” said Rohini Srivathsa, National Technology Officer, Microsoft India.

According to Shashank Dixit, Founder and CEO, Deskera, high-quality jobs would typically help address all other societal problems in the country.

To achieve this, the seeds have to be sown early – in the classrooms – the way China and the US are already doing and creating coders early in life for the future.

“The Indian government needs to focus on building state-of-the-art facilities and bring reforms in the education ecosystem,” added experts.