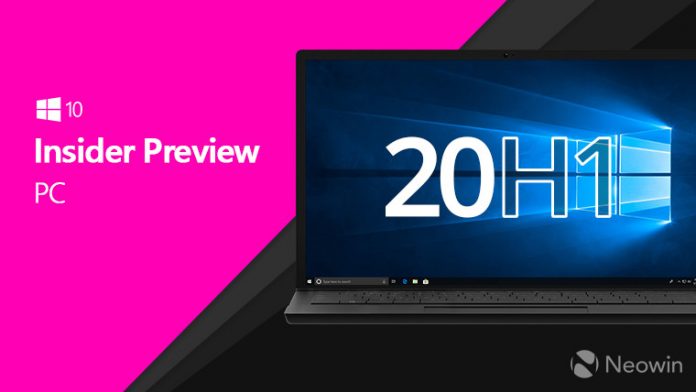 Today’s build, 18945, supports an updated, separate Cortana digital-assistant app for Windows 10. Microsoft recently separated Cortana from Search in Windows 10, and is opting to make an updated beta app available to Insider testers, starting with those in the U.S. The new beta app doesn’t yet support all existing Cortana features, but it does include connections to Bing answers; Assistant conversations: the ability to open apps, manage lists, set reminders, alarms, and timers.

The beta Cortana app, which Microsoft will be updating via the Microsoft Store, also supports light and dark themes in Windows; an updated and “less intrusive” screen for “Hey Cortana” queries; and overall faster and more reliable performance, Microsoft’s blog post says.

Microsoft made the beta Cortana app available in the Microsoft Store last month, as noted by Aggiornamenti Lumia.

Microsoft also took steps to decouple Cortana from Xbox this week, as part of the company’s ongoing work to reposition Cortana and make it more of a productivity aide.

Today’s test build also includes improvements to the Windows Subsystem for Linux (WSL) 2 feature in Windows 10. As of today’s build, testers can connect via localhost to WSL 2 Linux apps from Windows. There are also now global configuration options available for WSL 2.

Microsoft also will be made available to all Fast Ring Insiders over the next few days the new File Explorer search capability, today’s post says. And Microsoft is continuing to add more phone models to the list of those it is supporting more fully with the Your Phone Windows 10 app, as noted in today’s blog post. Phone screen support is now available for Samsung Galaxy A6, A7, A9, A10, A20, A30, A50, A70, and Galaxy S8 Active.

Earlier this week, Microsoft inadvertently pushed out Build 18947 to Insiders across various rings. That build included a new Start menu design which eliminated Live Tiles, and which is believed to be the new UI for the coming Windows Lite OS variant which Microsoft is building to compete with ChromeOS. After pulling that build from its servers, Microsoft advised those who got it on their test machines to roll back to their most recently supported Windows 10 test builds.

Moderna aims to price coronavirus vaccine at $50-$60 per course: Report

Facebook jumps in users and revenue despite battle with FTC, with...