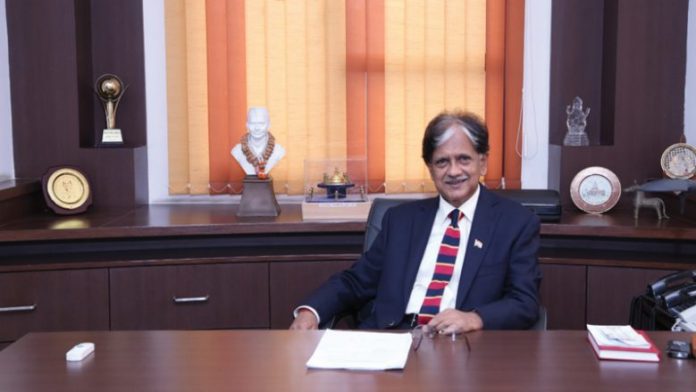 Economics, as a core study, has always been important since long and you have been a student of this subject. In the 21st century, what are the different practices that are being taught in economics than what it used to be earlier?

I would say it has become more advanced now than what I studied in my economics honours at St. Stephens College. We studied eight papers in economics like Economic Theory, Economic Organization, Statistics, Finance, Budget, etc. So, we had studied just eight papers while now more than 30 subjects are being taught in economics only. It is mainly because of more practices being adopted around the world. Now, future of many countries depends on how their economy is being taken care of.

What pedagogical changes do you see on the horizon in the management discipline?

In the last two years, we have really achieved growth in the infrastructure. We can’t acquire more land because the government doesn’t allow more than 1 acre but within an acre of campus, classrooms of LBSIM, Delhi are at par with bests in the world, not only India.

We have evolved our in-campus Learning and Development Centre. We erected our auditorium with a capacity of 400. The former President of India, Shri Ram Nath Kovind had visited our campus and he was really impressed with our auditorium and its facilities in such a small land area.

With a futuristic vision, LBSIM introduced two courses in particular, Management program in Artificial Intelligence and another Management program is in E-Business as we all know that how the AI is changing many business process. Furthermore, we also introduced Business Administration (Weekend classes) program for working people who can study in weekends since there are many who are working but want to study MBA as well, but due to their jobs in weekdays are unable to pursue.

We all know about Indian students going abroad and many are settling there. How do you see this plight and many students not relying in Indian colleges?

It’s not completely true. Yes there are some students who are opting to study abroad but a very large number of students still prefer to study in Indian colleges. There might be some personal choices of people but a majority of students like to study in India. This year, Delhi University received around 14 lakh applications and around 60,000 of them were able to get admissions. So, these numbers also expresses another aspect.

Last year, the institute completed its 25 years of excellence. What are the other aspirations of the institute?

We have established our campuses in Indore and Bareilley as well. LBSIM established a polytechnic institute in Prayagaraj as well. Furthermore, we have built the girls hostel for every girl student of the institute and by 2024, we’ll be able to build hostels for all the boys as well.

We’re already among the top 25 business schools of India and our endeavour is to grow more in these rankings and this can only be achieved by academic excellence, and for this excellence we are resolute to evolve.

We’ve already achieved 100% placement even though the examination is in March next year. On average basis, salary of the placed student is between 12-13 lakh pa while the highest is in 24-25 LPA.

Is there any particular methodology or lesson from your father, late honourable Lal Bahadur Shashtri, on “management,” that has been helping you, something that is not written in the management books?

I have authored a book named, “Lal Bahadur Shastri – Lessons of Leadership” which was released by His Holiness Dalai Lama. It is a collection of 72 anecdotes which takes one to the life and times of Lal Bahadur Shastri ji. Mr. Pavan Chaudary, Managing Director of Vygon India Ltd., has commented on each anecdote and has tried to relate it with the modern-day practices. Mr. Chaudary also said that though Late Lal Bahadur Shastri had not any formal education in management but he practiced all the modern concept of management.

I can enlist some of them here as well. First, it was the risk taking ability that is expected from today’s entrepreneurs. Second I can say he was very decisive person. He would not fickle between yes or no for any decision. He was always sure about his decisions. Due to these two qualities, he always had utmost clarity of thought for life and principles that he followed.

I would tell a real incident of his life which was very tough but one can understand his fortitude, courage, decisiveness and clarity of thought. During freedom struggle, my eldest sister was really sick and Shastri ji was in jail. He requested for a parole to take care of my eldest sister. The jailor said that Shastri ji will only get the parole if he had signed an undertaking that he would not participate in any protests in those days.

He refused to sign that undertaking, even he had only intended for parole to take care of his daughter. After few days, authorities granted him parole but till that time my eldest sister, who was about just one and half year old, died. So, one has to have clarity and decisiveness in life.

Having a rich legislative and academic experience, what messages and recommendations would you like to give to the youth?

Well, there is always a lot to say on this question but one thing I would recommend to the youth that decide the aims of your life as soon as possible. The reason to say because one gets a good time to achieve those aims soon and thus gets further more time to contribute via lessons and duties.

Further, being a Prime Minister or even being a Managing Director is not a parameter of success alone. Youth must think in a manner to contribute to the humankind and society. It’s not necessary that one tries to contribute only via money but by performing own humanistic duties is more than enough to contribute.

A Career Path Is Also Important With the Placement: Dr. Ramasastry Ambarish

NAKED BENEATH THE MIDNIGHT SUN