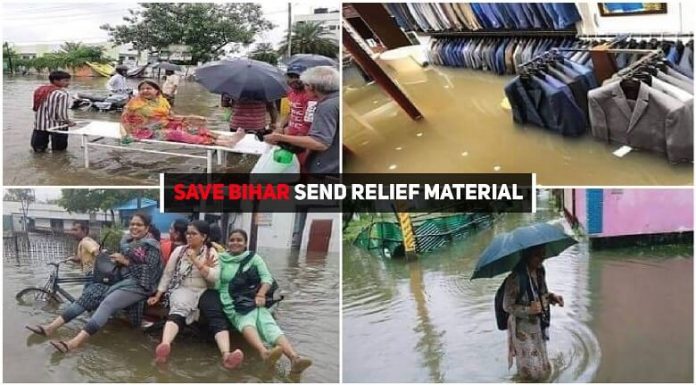 All the 38 districts in Bihar have been severely affected by floods. Heavy downpour is causing all the major rivers in the state to flow above the danger mark, flooding and submerging over 200 villages so far. It has already claimed over 35 lives and displaced more than 70 lakh people. People, there are in desperate need of relief. Please come forward to help them survive until they can rebuild their lives. 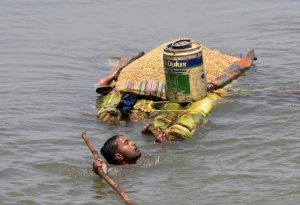 According to the weather department, the state capital Patna has received more than 200 mm of rainfall since Friday. At least 13 persons lost their lives after buildings collapsed and trees fell on them due to incessant rain in Patna, Bhagalpur, and Kaimur.

At least 35 people have lost their lives in different rain-related incidents in Bihar since Friday. The state is being battered by heavy rainfall, causing mishaps and inundating villages and streets.

Bihar’s capital Patna continued to be among the worst affected, some of its parts submerged in water levels rising up to the chest and its residents being rescued with the help of municipal cranes normally used for moving the earth.

Heavy rain caused waterlogging at the Nalanda Medical College and Hospital (NMCH) in Patna where knee-deep water flooded its entrance and compound. NMCH is the second-largest hospital in Patna after PMCH. Water also entered inside the wards and ICU.

At least six persons have died in different incidents of house collapse in the Gaya district. Gaya has recorded more than 20% of the annual rainfall in the last three days. Gaya received about 250 mm since Friday. 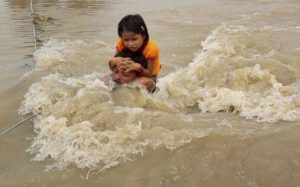 The incessant rainfall also led to wall/roof collapse incidents in three different localities of Bhagalpur district claiming a total of eight lives, including a woman. Three casualties each were reported from Barari and Khanjarpur and two from Nathnagar localities.

CHF is on the ground, evaluating the situation and helping rescue people. They need supplies urgently to make sure the number of casualties doesn’t rise. Please donate urgently for the relief supplies needed, in order 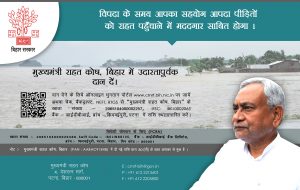