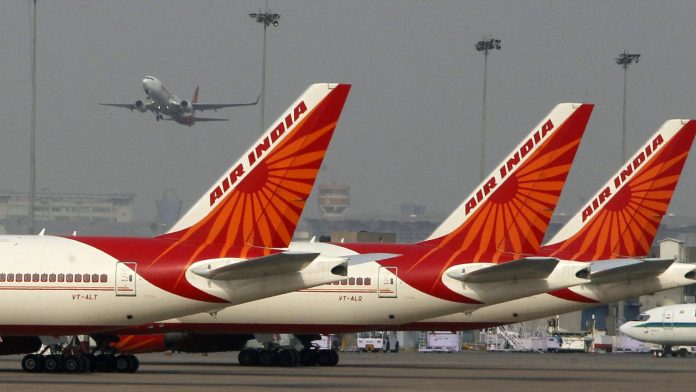 But U.S. has threatened to ban Air India services under Vande Bharat Mission

India is likely to enter into bilateral agreements with the U.S., U.K., France and Germany to restart international air travel. The government is discussing a template known as “travel bubble”, which permits relatively unrestricted and risk-free travel between two countries positioned similarly vis a vis the spread of COVID-19.

“As we contemplate further opening up in response to demands, we are looking at the prospect of establishing individual bilateral bubbles — India-U.S., India-France, India-Germany, India-U.K. These are all destinations where demand for travel has not diminished. Final decisions pursuant to negotiations are expected to be taken soon,” a spokesperson of the Ministry of Civil Aviation said.

The decision was made public on a day the U.S. served an ultimatum of 30 days to Air India, threatening to ban it from conducting repatriation charters under the Vande Bharat Mission. The U.S. said the special flights were putting American airlines at a “competitive disadvantage” because India did not allow them a share of the pie, which also allegedly amounted to the denial of reciprocal rights enshrined under the Air Services Agreement of 2005 signed between the two countries.

“Air India’s so-called evacuation charters have gone beyond true evacuations [at least on the India to the United States segments] and involved sales to any member of the general public able to enter the United States. As such, it appears that Air India may be using its passenger repatriation charters as a way of circumventing the GoI (Government of India)-imposed prohibition of all scheduled services,” said the U.S. Department of Transportation in its order. It added that between June 1 and July 1, India planned to operate 59 flights, which amounted to 53% of Air India’s scheduled commercial operations.

The DoT said that Delta Air Lines had not received a response to its request made to India’s Ministry of Civil Aviation (MoCA) on May 26 to perform repatriation charter services similar to those provided by Air India.

The MoCA issued a rebuttal through a press statement: “We have also had one round of negotiations with the U.S. on 15 June 2020 with representatives of U.S. Department of Transportation and U.S. Embassy on this issue. They were invited to submit precise proposals in this respect. A communication has now been received on 19 June, 2020 detailing these requests.”

Travel bubbles or bridges have been implemented by the Baltic countries of Estonia, Latvia and Lithuania, which have opened their borders to one another without mandating self-isolation. Similarly, Australia and New Zealand are discussing a trans-Tasman bubble, though that looks increasingly unlikely due to a spike in cases in the two countries.

While passengers returning on Vande Bharat flights are required to follow quarantine norms laid down by the destination State, how India will negotiate these protocols with different countries or if it will seek their waiver is not yet known.

“Travel bubbles are a step forward and will help towards restarting international travel. The important thing is to ensure that the measures are aligned with the ICAO (International Civil Aviation Organization) guidance so that the bubbles can be expanded to include other countries and restore global connectivity by air,” said Amitabh Khosla, country director, International Air Transport Association (IATA)-India.