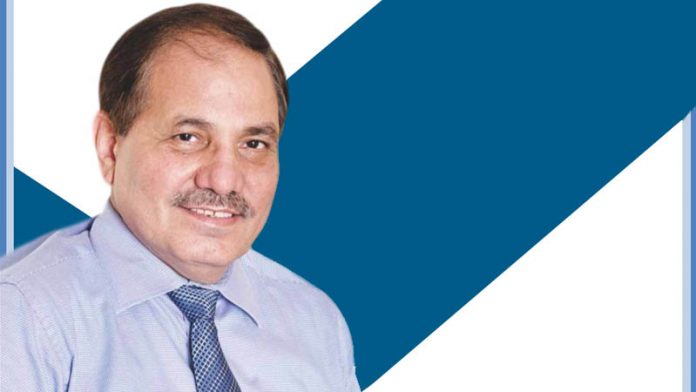 You have spent over two decades in academics with various achievements and it would be valuable for our readers to know how teaching and facilities in academics have evolved in this period?

Marks scored in 12th standard have been the benchmark for undergraduate admissions to all the courses in UGC universities till now; in light of it how do you view the UGC deciding on March 22 that a Common University Entrance Test (CUET) would be the way forward for the admission of students?

In my view why central university test is needed is because of the merit that is different in different boards. It is said that a number of state boards are very liberal in allocating marks and some of the state boards are very tough. Giving admission on the basis of 12th there is discrimination among the boards. Students from boards that were very tough in giving marks did not get into merit. So the students were not getting equal opportunity based on their talent, their knowledge. Now with this common test, all the students will get equal opportunity. And since the board marks do not carry any weightage in the merit, selection would be based on CUET. Therefore if there is any difference in scoring by the boards that will not affect admissions.

One more point I would like to make here. That is there used to be subjective bias: when students used to try and get admission based on 12th scores, say, if a student wanted to get admission in BSc and wanted to pursue Physics his marks of Chemistry/Maths or Chemistry/Biology were also considered because the merit was prepared based on the marks obtained by the student in all the subjects. Now what will happen is this test is in parts; one is language, first one, second is domains – there are 27 domains out of which a student can choose. So now for a physics student the domain will be considered for admission. So his marks in physics alone would be considered. That means if he is poor in, say, Chemistry, or Mathematics or Biology that would not affect his admission. That is the subjective bias that was there which will not matter in this test.

According to data in 2020 and 2021, 57.31% and 66.18% of undergraduate admissions in DU went to students who scored more than 90%, while students who scored below 85% got just 19.9% of admissions in 2021, and 27.19% in 2020. This is extreme dependence on confined parameters, and my question is that do you expect students who are smart but not bookish doing a bit better? Do you see this as a watershed moment in higher education in the country?

UGC chief M Jagadesh Kumar said, “one nation, one entrance test” will be a great relief for students across the country. “As a result of this, students need not have to write different kinds of entrance”.

It is the beginning of that “defining moment” I should say because this common entrance test has to be made compulsory for the other universities and the institutions as well.  Then we will have a common entrance test and the students will have to appear only in one test for admission in any university or any institution across the country. But this is a good beginning. A very good first step.

Last but not the least, could you please tell us about ITM University, Gwalior and its vision for a very uncertain global climate that children would have to cope with, also how has the University’s credibility gone up so sharply in a relatively short period?

We are very resilient about the changes that are taking place in the industry, in the economic environment and in the international environment. We have incorporated people from industries that are doing extremely well. We have kept them in board of studies. Every year we look at the curriculum, the syllabus that we use for the student and that is how we are able to align. What we teach, what is required by the industry is always kept current. So that is one part. Second is that we are collaborating with a number of industries for development of students and it means that executives from industry are also participating in training students, not only during internships but during normal course of study.

Also we continuously monitor students’ progress so that whatever weaknesses, shortcomings are there, for that we devise the training programmes, short-term training programmes up to a period of 15 days. For these we hire experts from outside the University and try and get these students at par with others.

And this has helped our students get good placements in last few years. In fact, the highest package went up to Rs 45 lakh for engineering and Rs 28 lakh for management and it is consistent. It is not that one odd student got it and then there was no repeat. It is every year that the students are getting good packages and the reason is that we are always ensuring that the students are developed as per the current needs of the industry.

Leadership and Pedagogy: A Challenge in Indian Higher Education System

Online Learning has more Public and Private Support and will Continue...