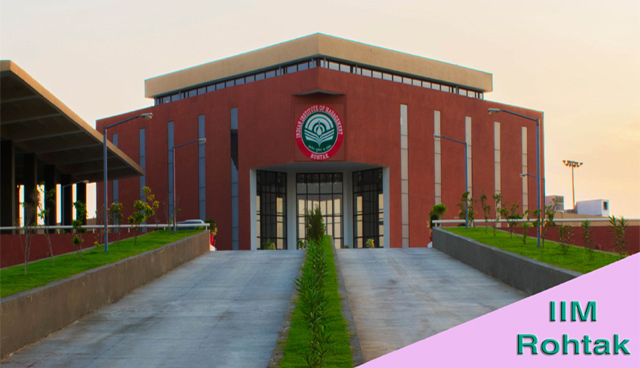 Council for Strategic Affairs, Indian Institute of Management Rohtak hosted an international conference in Central Asia on the topic “Framework of engagement: Afghanistan in focus of Central and South Asian nations” at Dushanbe, Tajikistan. Representatives from all Central Asian Nations along with India and Russia came together to discuss finding innovative methods of engagement in conflict situations and attaining peace and harmony in the Central and South Asia region through non-standard methods. IIM Rohtak hosted the conference in the middle of the war.

Day two of the international conference concluded with keynote talks of some eminent speakers like Mr. Mushahid Hussain, Member of the Senate of Pakistan, Prof. Chinara Adamkulova, Rector of the Diplomatic Academy under the Ministry of Foreign Affairs of the Kyrgyz Republic, Mr. Yenten Lama, CEO, The First MicroFinanceBank Ltd, Amb. Surat Mirkasimov, Former Ambassador of Uzbekistan to India, Mr. Ruslan Kazkenov, Chairman of the Association, Civic Peace Association, and Mr. Narendra Singru, Country Director for Afghanistan, The Asia Development Bank among various others.

Mr. Mushahid Hussain in his talk said that past mistakes in the context of Afghanistan should not be repeated. No proxy war should be fought on Afghan soil by the foreign countries. The solution for the stability of Afghanistan is regional and not to be determined by the West. Further, we must realize that Economic development, tackling unemployment and inclusive growth is the antidote for radicalization and this need to be implemented in Afghanistan. Regional infrastructure and connectivity initiatives such as Iran-Pakistan-India oil pipeline, belt-road initiatives etc. are welcome. We need to revive the Turkmenistan-Afghanistan-Pakistan-India economic corridor as well for the economic interests of these countries particularly Afghanistan. Prof Chinara Adamkulova said that the Afghan problem has a direct impact on central Asian nations. So the framework of Engagement is needed fast. She emphasised on regional cooperation to promote peace, stability and development in Afghanistan.

Mr. Narendra Singru mentioned that stability in Afghanistan can be achieved through inter-regional economic cooperation like the development of economic corridors, electricity based trade via transmission lines, initiatives in the energy sector etc.  Mr. Yentem Lama suggested that the best non-standard solution to propel economic development in Afghanistan is to encourage investments by venture capitalists, who will in turn encourage and finance youth to start small business ventures in agriculture and other related industries. He further added that India can provide the necessary technological support to crisis torn countries like Afghanistan to introduce digital financial and banking services in their financial system. This will help in creating a good banking environment, which would in turn stimulate growth of businesses. India can play a big role by offering correspondence banking services of Indian banks in Central Asia and also offering digital payment platforms such as BHARATPE to these countries.

Prof. Saidov Saidovich, Professor of the Department of International Relations and Diplomacy of the Russian-Tajik (Slavonic) University said that drug trafficking is a major reason for destabilising Afghanistan. Revenues from drug trafficking are supporting the Taliban regime even while they have a limited acceptance in Afghanistan. He further added that India and Russia are the most important countries that can help stabilize the Afghan situation. Prof Abdul Ghani in his talk said that the old silk route must be revived with the support of India through Iran. Railroads should also be developed to have greater trade relations between Central Asia and India through Iran. Remembering former Foreign Minister Late Smt. SUSHMA SWARAJ, he reminded that when she visited Central Asia, she had promised greater Indian role in Central Asia. Thus, future joint Indian and Central Asian efforts must be on the Panchsheel principles.

Ambassador Surat appreciated India’s foreign policy of peacefully and constructively engaging with its neighbouring countries. He said in Hindi, “Jahan Shanti Wahan Pragati” (where there is peace, there is progress). He added that for peaceful coexistence, the world needs to remember and follow the Gandhian Philosophy. The world needs to be reminded of and inspired by Mahatma Gandhi’s way of life and his philosophy of non-violence. Further, while comparing India’s journey to that of Pakistan since independence, he mentioned that because India kept Gandhi and his philosophy alive, it is today on the path of “SHANTI AND PRAGATI (Peace and prosperity)”. However, the same cannot be said about Pakistan.

Mr. Ruslan Kazkenov, Chairman of the Association, Civic Peace Association said that they are looking forward towards cooperation with India to get peace. While quoting his recent visit to Afghanistan, he added that he was approached by the representatives of the Taliban government, who sought his help for providing humanitarian assistance to the people of Afghanistan. The Taliban representatives also sought help to improve the agriculture sector of Afghanistan and also to provide education to the Afghani youth. While talking about Novel ideas for countering drugs and terrorism networks, Mr. Kairat Batyrbayev added that Ukraine was hub of drug trafficking in the region. With the current war situation, as Ukraine trade is closed, so is the drug trafficking network.

Prof Dheeraj Sharma said that India has some poverty and inequality but it has hope and harmony as well to counter it. The most important non-standard method for confronting radicalisation is to create institutions that give people opportunity and hope for a better life. Those institutions across the world must work to reduce inequality and impunity of those in power, create positive role models, develop humble attitude, and increase perceived fairness.

HRD Ministry Asks IITs to Come up With Action Plan to...