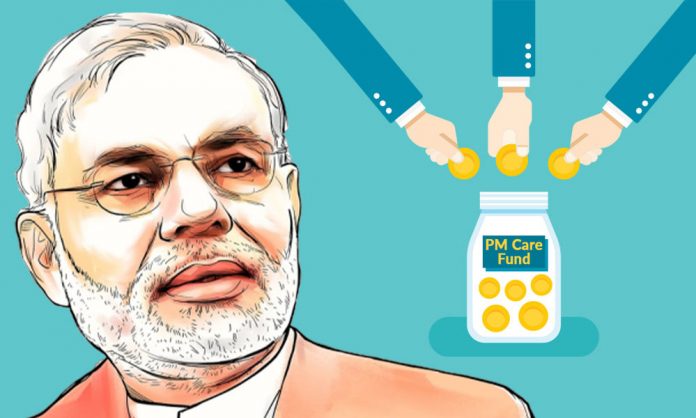 The PM Cares Fund was set up following the COVID outbreak, and had a corpus of Rs 3,076.62 crore on March 31, 2020, just four days within the launch, of which Rs 3,075.85 crore were listed as “voluntary contributions”, according to its official website.

AFTER PUBLIC sector companies, a sweeping range of educational institutions, from Navodaya schools for rural students to IITs, IIMs and central universities, have together contributed Rs 21.81 crore to the Prime Minister’s Citizen Assistance and Relief in Emergency Situations (PM CARES) fund.

The Prime Minister’s Office, which manages the fund, has declined to furnish details of contributions received, saying that PM CARES is “not a public authority under the ambit of…the RTI Act”.

The fund was set up following the COVID outbreak, and had a corpus of Rs 3,076.62 crore on March 31, 2020, just four days within the launch, of which Rs 3,075.85 crore were listed as “voluntary contributions”, according to its official website. 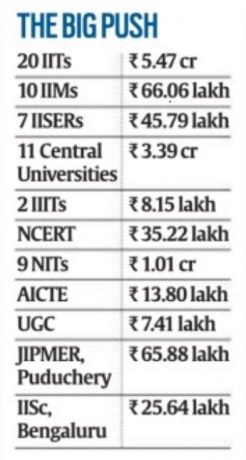 On August 19, 38 PSUs used their Corporate Social Responsibility funds to together contribute over Rs 2,105 crore. But for several educational institutions (see chart), the “voluntary contributions” came from salaries of teaching and non-teaching staff — and in some cases, even from pensioners and students.

Consider some of the key contributors from the 82 educational institutions and top organizations in the sector that responded to RTI requests from The Indian Express:

?Rs 7.48 crore was contributed by the Navoday Vidyalaya Samiti (NVS) alone, with “donation from the employees” at its headquarters and all eight regional offices. The NVS runs over 600 Navodaya schools in rural areas.

?20 IITs contributed Rs 5.47 crore. IIT-Kharagpur topped with over Rs 1 crore, including Rs 36.22 lakh from “other sources”, Rs 89,184 from “pensioners”, and the rest from contributions by teaching and non-teaching staff.

?Kozhikode (Rs 33.53 lakh) topped the list of 10 IIMs that together contributed over Rs 66 lakh. IIM-Ahmedabad contributed over Rs 11.59 lakh, followed by IIM-Indore (Rs 6.91 lakh) and IIM-Kolkata (Rs 4.56 lakh). Apart from a contribution of Rs 25 lakh from IIM-Kozhikode’s “Corpus fund”, the rest came from staff. 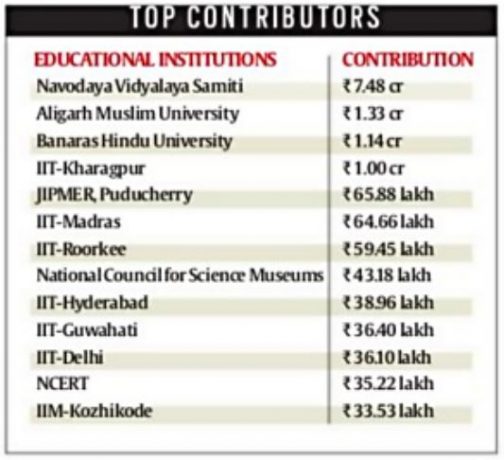 iPhone SE vs. iPhone 11: Comparing cameras from both phones