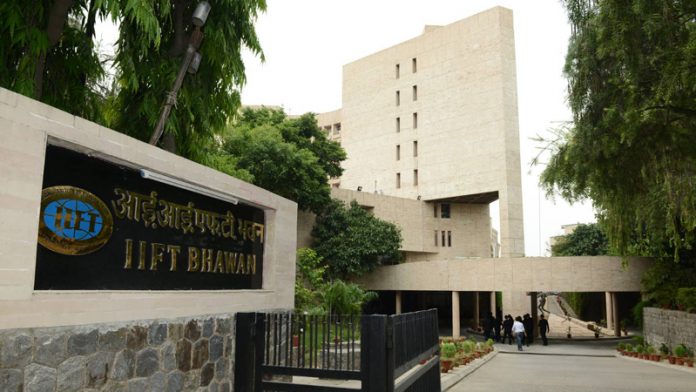 With rapid evolutions in digital technology, online commerce has become increasingly popular throughout the world. According to the UNCTAD B2C E-commerce Index for 2020, the leading e-commerce countries include Switzerland (1st), the United States (12th), the UK (5th), South Korea (18th), and China (55th). Even though India ranks 71st, it has climbed up 4 positions from the 75th rank in 2019, within just one year. This is indicative of an accelerating trend around e-commerce within the country. Greater convenience, easy accessibility, and higher efficiency have led consumers towards rapid adoption of e-commerce, which has resulted in additional online platforms operating in the country. Many retail firms have also changed their business models, and started operating in hybrid mode owing to the structural shift in consumer preferences and demand in the post-pandemic period. Besides, the e-commerce sector has created several opportunities for the manufacturing industry by creating an alternative channel for buying and selling their goods. Several studies now report how the sector is also creating positive effects for other segments such as Insurance, finance (specifically for small firms), opportunities for FPOs, handicraft and weaving sector of the country. According to the Economic Survey 2018-19, the e-commerce market has been estimated at USD 43 billion for 2018-19, at a growth rate of 12 %. The IBEF 2022 report manifested that the overall e-commerce market will reach USD 350 billion by 2030, experiencing an average growth rate of 21.5 %, simultaneously contributing towards India’s vision to become a trillion-dollar digital economy by 2025.

Despite such favourable evidence, several issues have been recently raised by India’s traders’ associations regarding the anti-competitive practices adopted by leading e-commerce players in the country. These issues can be broadly categorised under two heads. The first concerns the structural weaknesses of MSME retailers, for instance, lack of technical knowledge, skills, digital infrastructure, warehousing space, etc., which restrict the benefits that these sectors can accrue because of the growing online commerce in the country. However, such issues have an inevitable existence in any economy, and not just in India, as in every country, there is a ubiquitous existence of both small and large firms with access to different resource bases. Specific issues, on the other hand, refer to practices such as predatory pricing, deep discounting, and preferential treatment being adopted by e-commerce majors in the country, more specifically, Flipkart and Amazon. Several trade organisations have been claiming that these practices are abating the pool of business opportunities for small sector retailers, while the large enterprises have been able to accrue higher benefits from the growing e-commerce business space. India’s anti-trust body, the Competition Commission of India, has also been involved in probing Flipkart and Amazon for adopting anti-competitive practices while running their businesses in the country.

Amidst such contrasting evidence – both in favour of and against the growing e-commerce sector in the country – it is surprising to note that the research on the impact evaluation of this sector is highly skewed in the country. One obvious reason is the lack of a robust database that makes it possible to perform such analyses and assess the rationale behind these growing complaints from retail MSMEs. The Indian Institute of Foreign Trade (an autonomous body under the country’s Ministry of Commerce and Industry) has been conducting its research on the Indian retail and e-commerce sector, given the critical importance of both the sectors for ensuring the overall growth of the country. The study is headed by Manoj Pant (Vice-Chancellor and Professor of Economics, IIFT) along with Sugandha Huria (Assistant Professor, IIFT) and Kanika Pathania (External Consultant, IIFT and Faculty, ISBF). The team also comprises of research associates – Nibha Bharti and Ashley Jose.

While assessing the rationale behind the complaints raised by the traders’ association, the institute has performed a detailed impact evaluation of the e-commerce sector both empirically and theoretically. The need for a theoretical framework stems from the lack of any quantifiable information on how consumers have benefitted from this new channel of buying goods and services besides the latter’s production-side effects. Several stakeholders’ consultations are also planned as a part of the study to discuss and deliberate on the key findings and policy recommendations, contributing towards the creation of a robust regulatory framework for India’s e-commerce sector (which is still in its draft stage), and a level playing field for its MSME retailers. The results of the report will be released soon.