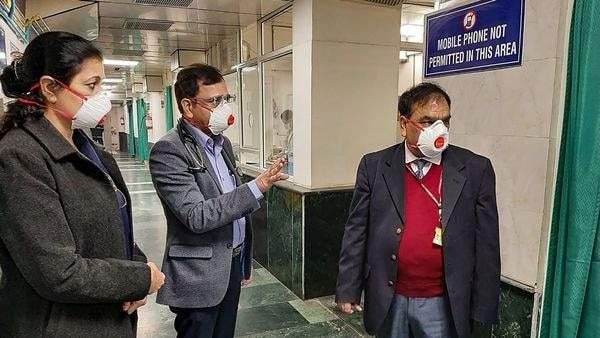 A 24-year-old man who was found to be positive for the infection had recently traveled to Bengaluru.

Health officials in Bengaluru have begun taking extensive measures to curb potential coronavirus cases. This comes after a 24-year-old man from Hyderabad, who works in a tech company in Bengaluru, was found to be positive for the virus. The young man had recently travelled to Bengaluru from Dubai.

“We have begun tracing and contacting the individuals that the man may have interacted with and have informed them to remain under home quarantine,” stated Health secretary Jawaid Akhtar to TNM. The techie reported to his office in Bengaluru on February 20 and worked there for around two days.

Individuals will have to remain under isolation at home for a period of 14 days, should they develop fever, cough, cold or any other symptoms of an infection, they have been told to get admitted at a hospital for further workup. Any positive cases will be kept under isolation and treated.

Karnataka districts such as Raichur and Gulbarga, which border the state of Telangana, have been placed on high alert following the confirmation of the positive case in Hyderabad.

Contact tracing has already begun in Telangana. Shortly after the announcement came of the positive case in the city, health officials conducted a meeting and briefed the media after.

“There were around 27 others on the bus from Bengaluru to Hyderabad, who will be traced and notified. All those who were in touch with the man and worked with him have also been notified. We are working with officials from Karnataka and the Centre to keep tab on the issue,” stated Telangana state Health Minister Etela Rajender.

The man who tested positive for the virus is believed to have come in contact with individuals from Hong Kong while working in Dubai. Since then, health officials in India have added Dubai to the list of countries from where passengers arrive will undergo screening.

Skill Gap in the Apparel Industry is to a tune of appx 40 Lacs, says Dr. Roopak Vashisth, CEO & DG, AMHSSC