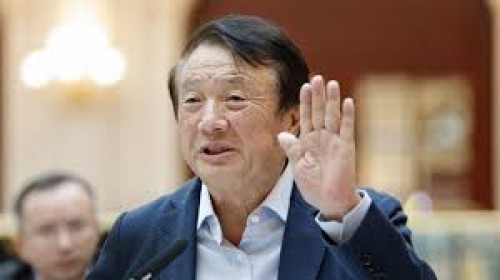 For Huawei founder Ren Zhengfei, Apple is his role model in a scenario where the Chinese government requests the company to unlock its devices which might go against the users’ interests.

In an interview with the Financial Times, Zhengfei stressed that his company will not provide users’ data to the Chinese government at any cost, the way Apple does not provide data that may compromise its users’ privacy.

“We will never do such a thing. If I had done it even once, the US would have evidence to spread around the world. Then the 170 countries and regions in which we currently operate would stop buying our products, and our company would collapse.

“After that, who would pay the debts we owe? Our employees are all very competent, so they would resign and start their own companies, leaving me alone to pay off our debts. I would rather die,” he was quoted as saying.

According to him, users control their own data, not Huawei.

“Data is owned by our customers, not us. Carriers have to track every user, otherwise, no phone calls could be made. It’s a carrier’s duty to track user data. We, as an equipment provider, don’t track any data,” said the company founder.

The US government has banned Huawei to operate in the country in the interest of national policy, claiming it is hand in glove with the Chinese government.

Sandwiched between the ongoing US-China trade war, Huawei has now been allowed by US President Donald Trump to purchase technology from American companies but the 5G ban is still in place.

As the fallout of the US ban, Huawei is looking at a massive $30 billion loss in revenue for this year, with net profits expected to be around $8 billion.

According to Zhengfei, Trump’s fears are baseless as the Chinese government manages private companies through legal frameworks and taxation.

“They don’t intervene in their business operations. I don’t know why the US government micromanages its tech companies as much as they do. They act like a mother-in-law, and if they get too involved, their daughters-in-law might run off,” the Huawei founder added.