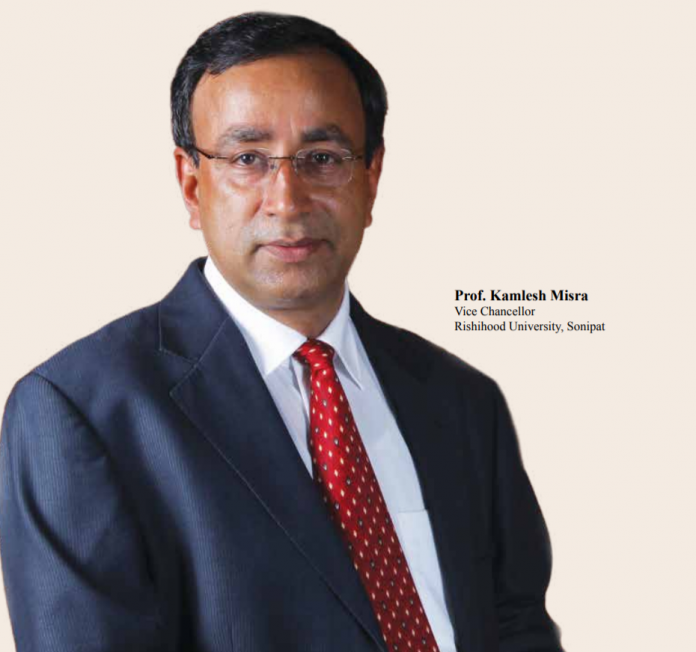 The methods of learning and pedagogy in these early universities had a strong philosophical underpinning from the traditional Gurukul system. The main difference was that these universities could cater to a larger body of students and they could bring about a concentration of new knowledge creation and thus became the hub of academic activity unlike the Gurukuls that were essentially family-based education centers of individual gurus. Thus even though there was no organized institution or university, education was imparted through the family system. From this perspective, even Takshshila was not an organized university as it was some sort of an educational center where higher studies were carried on in different subjects but students were admitted based on the recommendations of the teacher of that subject. Takshshila is a classic example of a choice-based credit system as students had a choice of what subject they would study. There were no examinations and neither was there any award of degree or diploma.

Even Universities like the Nalanda University followed three different methods of teaching comprising of verbal and explanatory lectures finally followed by debates and discussions. Thus, India has had a great tradition of learning and practice-based education and the evolution from ancient times brought out new pedagogical improvements.

The Indian education system survived numerous invasions and the destruction of its knowledge base but it continued to maintain the high standards it had adopted for itself. Things started changing with the entry of the British Empire in India which began setting-up universities to serve the interests of the Raj. Their objective was to train students to become clerks and administrators to manage the affairs of the British Raj. The British education system killed the learning and pedagogical system of ancient India which was based on questioning, debate, discussion and self-study. This new system also killed the holistic education trends which laid emphasis on self-discovery, yoga, and general education.

Post-Independence of India in 1947 saw the Indian government taking no steps to bring introduce any changes in our Raj-inspired education system and thus the phase of decline began soon enough within the higher education system. Added to this was the reservation policy in the recruitment of teachers in Universities and colleges that further lowered the standards of teaching and learning. No one is willing to admit this as it may be politically incorrect but the fact is that this policy has had a major and long-lasting impact on the quality of teachers and the taught in the Indian higher education system.

We know that the learning and pedagogy of the past decades has contributed little to creative and productive contribution to society. Universities and colleges in India have traditionally relied on the lecture method of delivery since gaining independence. The idea was to provide as much information to the students as possible within the shortest span of time. Thus the role of the teacher was that of information provided and some may say that this was essential as information was not as readily available during those times. Our pedagogy relied very heavily on the power of memorization and the ability of students to be able to reproduce for an examination that promoted little or no critical thinking or the application of whatever was taught. The system of incisive questioning which was dominant in the ancient Indian education system was not encouraged in the modern education system as it was perceived as a challenge to the authority of the teacher. This had a devasting impact on student learning and the curiosity to learn lost its way during these decades. We also gave up the system of debating and discussing which was an necessary part of our ancient system of education and the entire concept of holistic education took a back seat. Adding to this decline was the pressure of bringing about changes in the education system to make it align with job needs of the times. Even the entry of private Universities and colleges somehow added to this corrosion.

Over the years we seem to have lost everything that made us the best in higher education. Holistic development, student-centered education, personality development, applied education, action-based education are terms that we got from the western education system. What we forget is that the western system got these terms from the traditional education system. There is a lot that we can learn about learning and pedagogy from our traditional knowledge systems that have worked for centuries and have produced some of the greatest minds in mathematics, politics, astronomy etc.

It is time that we return to our heritage and start looking at ways of incorporating them in our current settings. There is now a need to impart knowledge about self to students. They also need to be sensitized to social issues and challenges faced by our society. We must review the concept of “CHINTAN” from the Vedic period which is what we term as thinking. Our pedagogical challenges are as to how our education system has to transform such that we are able to provide mental education, physical education, emotional education, social education and finally spiritual education. This is what is called holistic education which every university claims to be doing today. The fact is that our universities and colleges are not geared for this type of education and it cannot be done till we are able to bring about changes in the administrative and governance system in higher education.

What are those important aspects in terms of learning and pedagogy that need immediate attention? First, it is important to understand that nothing can be taught anymore and thus, it is vital to begin to focus on how we design a new process where students can go through engaged learning. Secondly, a place or a system where teachers are no more passive information providers but have evolved and become information processors. This shift is necessary as information is no longer the domain of the teachers but it is that of the world-wide web. Teachers have to ask a very fundamental question as to what it is that they can teach which is not available on the net. Thirdly, a new pedagogy that ensures only 20 percent of the learning will come from hearing, 30 percent from seeing, and the remaining 50 percent from doing. Such pedagogical shift will ensure that all senses of human body are used in the learning process and we will be able to shift our students from a system of dependent memory to a system of independent thinking and problems solving.

These changes alone can help our education system get back its culture of creativity, curiosity and questioning besides re-energizing the spirit and culture of research that we have lost over the past 35 years.

Learning Agility is the Key to Success for Future Managers

Lockdown has made people mentally unstable: Sakshi reacts sharply to #DhoniRetires and then deletes...