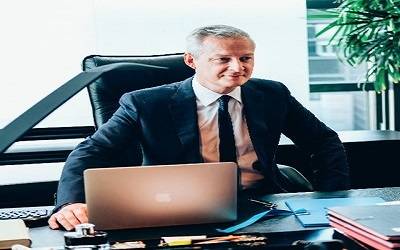 France hopes leaders of G7 would bridge differences and forge a common front on a universal tax of digital activities during an upcoming summit at the end of August in the French coastal resort of Biarritz, said Finance Minister Bruno Le Maire.

“We hope between now and the end of August the G7 heads of state meeting in Biarritz will reach an agreement,” Xinhua quoted Le Maire as saying to reporters on Saturday.

“The challenge that we have to overcome in the digital economy which is not taxed at the same level as the other economic activities,” he said.

Speaking in a brief press conference, Le Maire justified the need to tax internet giants, telling his partners that “it is in our collective interest to achieve fair taxation of digital activities in the world”.

His remarks came after US President Donald Trump denounced, in a Twitter message on Friday, an unfair tax which he said targets only American companies.

Amid growing risks of a trade spat between Washington and Paris that may put to test the relation between the two erstwhile allies, Le Maire told Trump that “there is no desire to specifically target American companies.”

Despite a setback in Brussels to reach European Union-wide taxation, the French government decided to impose the tax at the national level. It hopes to collect 400 million euros this year and 650 million euros by 2022.

In a further step to implement a tax on internet giants, with which it wants to build fairer and more sustainable capitalism, France won parliament approval on July 11, defying Washington”s threat to launch a probe that could lead to higher tariffs on French imports if the two sides fail to reach a settlement.

Targeting broader support for digital taxation, the eurozone’s second-largest power would lift the GAFA tax which refers to Google, Amazon, Facebook, and Apple, if there was an accord on a universal digital tax including all of the OECD countries by the end of 2020.