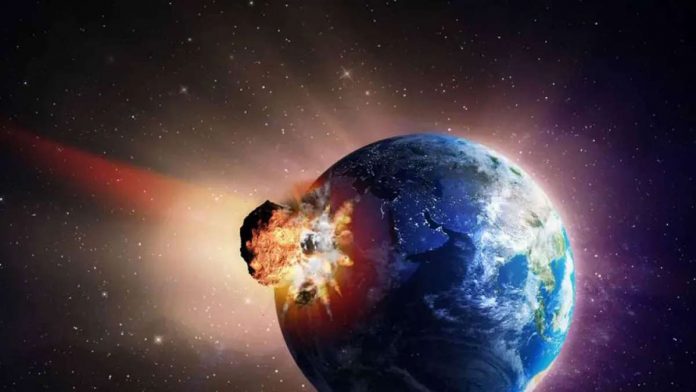 New Delhi : Even when the world is trying its best to get out from the disastrous coronavirus, there are people who are horrifying people with claims that the Earth is anyways going to end on April 29.

These days a rumour is being spread very actively that Earth is set to collide with a mega asteroid that will destroy the planet and wipe out a major section of humans from the planet.

Another message claims that the asteroid will partially hit the planet and that will put everyone in danger and looking for survival in coming days.

Rejecting all such reports, the American space agency NASA has confirmed that the asteroid is heading towards the Earth but it is not likely to collide with the planet. According to them, it will fly past earth. NASA has classified the asteroid as “potentially hazardous” not because it puts earth in danger, but because it fulfills certain criteria in the agency’s classification scheme.

As per NASA, if an asteroid orbit ever intersects earth’s orbit at a distance less than 4.6 million miles (7.5 million km), or 0.05 astronomical units, the average distance between earth and the sun then it qualifies to be called as “potentially hazardous”. They have predicted that the asteroid will come close to planet earth as close as 40 lakh kilometers.

A terrorist called ‘compulsory’ in education

WATER THE DEMI-GOD OF SOLUTIONS TODAY

NASA Building Homes Made of Fungi for Moon, Mars