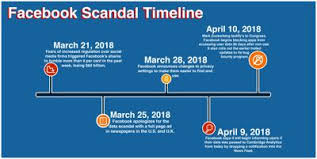 The US Federal Trade Commission (FTC) has approved a roughly $5bn (£4bn) settlement with Facebook over its investigation into the social media company’s handling of user data, according to reports.

The probe has focused on whether the sharing of data and other disputes violated a 2011 consent agreement between Facebook and the regulator.

The details of the settlement – which would be the largest the regulator has levied on a technology company – still need to be finalized by the Justice Department’s Civil Division.

Shares of Facebook rose after the news was first reported by the Wall Street Journal on Friday and closed up 1.8 percent.

A 3-2 vote by FTC commissioners was split along party lines, with Republicans in support and Democrats in opposition to the fine, according to the Wall Street Journal report.

A final announcement on the penalty could come next week, a source familiar with the settlement told Reuters. The FTC is expected to include other government restrictions on how Facebook treats user privacy.

Since the Cambridge Analytica debacle erupted more than a year ago and prompted the investigation, Facebook has vowed to do a better job protecting its users’ data.

The social media giant has acknowledged giving other big tech companies like Amazon and Yahoo extensive access to users’ personal data, in effect exempting them from its usual privacy rules. It also collected call and text logs from phones running Google’s Android system in 2015.

The Cambridge Analytica scandal, as well as anger over hate speech and misinformation on its platform, have also prompted calls for the government to force Facebook to sell Instagram, which it bought in 2012, and WhatsApp, purchased in 2014.

The company is also facing public criticism from Donald Trump and others about its planned cryptocurrency Libra over concerns about privacy.