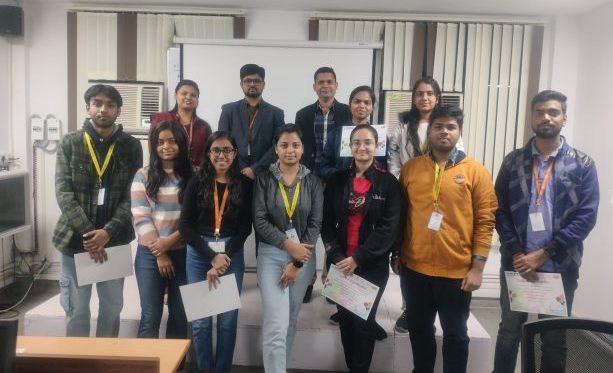 The Department of Computer Science at KIET Group of Institutions, Delhi-NCR, Ghaziabad organized a poster-making competition on the theme of Discrimination Against Women. As the institute is observing Discrimination Against Women Pakhwada from 25th November to 10th December, the department involved all the CS students in portraying their thoughts through posters and sharing an eye-opening message to society that harassment or discrimination against women is a curse.

The competition began with the felicitation of the Head of the PR & International Relations Department, Dr. Preeti Chitkara, who was also the Judge for the competition. All the participants explained their posters and shared their thoughts on how this situation of sexual or gender-based discrimination can be eliminated.

Ms. Jhalak Saxena (CS 2nd year) who was the winner of the competition explained the journey of a woman between the ages of 10 to 12 and 22 to 24. Between 10 to 12, a girl is very vibrant, wears bright colors, feels carefree and looks forward to living a happy life. However, between 22 to 24, the girl is pressurized for tying a nuptial knot with someone with whom she doesn’t even have any kind of emotional attachment, she is asked to behave like an elderly so that the society accepts her, she is asked to remain quiet and so on.

Another participant explained two faces of a woman, wherein at one end, she is managing all the household chores, studying hard, winning competitions, etc, and at the other end, she is facing severe discrimination at the workplace due to gender bias, suffering due to no availability of childcare at workplaces, being forced into prostitution or being sexually harassed.