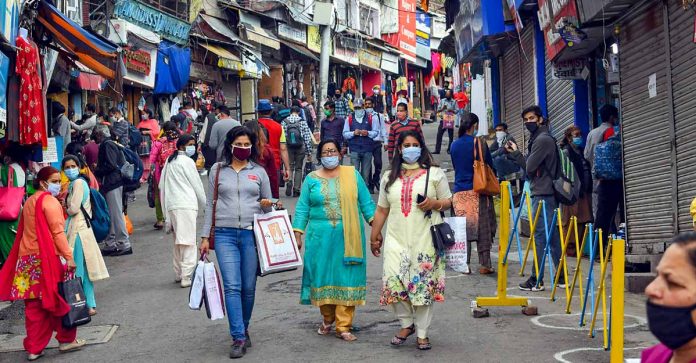 NEW DELHI: The Covid-19 pandemic may be over in India around mid-September, claim two public health experts from the health ministry who used a mathematical model-based analysis to draw this projection.

The analysis shows that when the number of infected becomes equal to those removed from circulation by recovery and death, the coefficient will reach the 100 per cent threshold and the epidemic will be “extinguished”.

The analysis, published in the online journal Epidemiology International, has been done by Dr Anil Kumar, Deputy director General (Public Health) in the DGHS, and Rupali Roy, Deputy Assistant Director (Leprosy) DGHS in the health ministry.

They used the Bailey’s mathematical model to draw the projection. This stochastic mathematical mode takes into consideration the distribution of the total size of an epidemic, involving both infection and removal.

The model employed was of the ‘continuous infection’ type, according to which infected individuals continue as sources of infection until removed from circulation by recovery or death.

In this, the removal rate is worked out after calculating the percentage of removed persons in the infected population. Further, regression analysis has been done, to get the results regarding relationship between the total infection rate and the total recovery rate.

According to the document, the actual epidemic in India started on March 2 and since then the number of confirmed cases has been rising.

For doing the analysis experts used the secondary data for Covid -19 in India from Worldometers.info on the number of cases reported in the country since March 1 to May 19 along with total of cumulative recovered cases and cumulative deaths.

Regression Analysis (Linear) of Bailey’s Relative Removal Rate (BMRRR), Covid 19, in India shows that the linear line is reaching to 100 in the mid of September, the research paper said.

“So it may be interpreted that at that point of time the number of infected will be equal to the number of removed patients, and that’s why the coefficient will reach 100 per cent threshold,” it said while cautioning that this is a stochastic model and outcome will depend on variance structure around it.

There are two main stochasticities, demographic and environmental, it said.

“So the decision makers must try to control and modify variables related to these two factors so that Bailey’s Relative Removal Rate (BMRRR) continues to go up,” the research paper stated.

This can be an important tool in the hand of Central, state and district authorities in decision-making and taking appropriate action at this time in the virus containment, epidemic situation management and control the pandemic spreading in the country, it said.

Pointing out the limitations of the analysis, the paper stated that it is based on collected secondary data for a specific period of time to fit and estimate the basic case number, infection rate, and recovery rate of Covid-19. 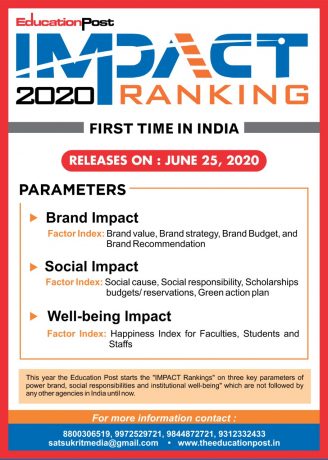 “When we apply any mathematical model, we make some assumptions for a certain period of time, impact of a few factors are being ignored such as population birth rate and natural mortality. Natural calamity, unpredictable population movement and important national or international events may have significant influence on this model,” it said.

“With the continuous release of epidemic data these important indicators may undergo significant changes in the spread of Covid-19 among the population,” it said.

How to Use Chkdsk to Scan & Fix Your Hard Drive:...

The New Education Policy Empowers to Study at Any Age –...

Scientists Have Found Traces of Nitrogen Compounds in 4 Billion-year-old Martian...