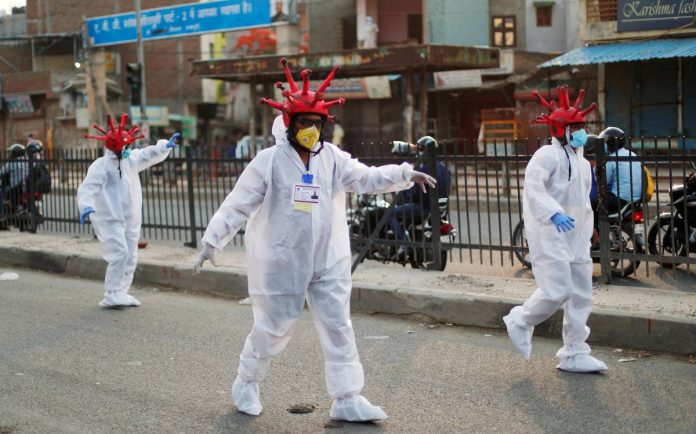 Since recovery rates have gone up, districts are now being re-designated: Health Secretary

The Health Ministry has listed COVID-19 zones for the week after May 3 — when the lockdown is due to end — with 130 red-zone districts, 284 orange-zone districts and 319 green-zone districts.

Maharashtra, Delhi and Gujarat are among the heavy COVID-19 load States as per the list.

Meanwhile, in her letter, Health Secretary Preeti Sudan noted that districts were earlier re-designated as hotspots/red zones, orange zones and green zones, primarily based on the cumulative cases reported and the doubling rate.

Since recovery rates have gone up, the districts are now being designated across various zones, duly broad-basing the criteria.

This classification is multi-factorial and takes into consideration incidence of cases, doubling rate, extent of testing and surveillance feedback to classify the districts.

Suggesting that in buffer zones, extensive surveillance for cases through monitoring of ILI/SARI (influenza-like illness and severe acute respiratory infections) cases in health facilities had to be taken up, Ms. Sudan said: “The containment zones in districts have to be delineated based on mapping of cases & contacts, geographical dispersion of cases and contacts, areas with well-demarcated perimeters and enforceability.”