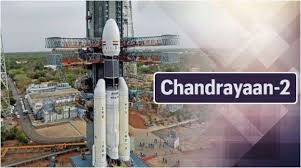 India’s second unmanned mission to the Moon, named Chandrayaan 2, has been put on hold citing technical issues, and a revised countdown is to be announced shortly.

A technical snag was observed in the launch vehicle at T-56th minute. As a measure of abundant precaution, the Chandrayaan 2 launch has been called off for today, said ISRO in a tweet. A revised launch date will be announced later, they added.

In a first for India, ISRO will deposit a lander and rover on the surface of the Moon on 6 September 2019. The orbiter-lander-rover composite is expected to make a soft-landing on a previously unexplored region just 650 kilometres from the lunar South Pole. This will be the first time any mission touched down so far away from the equator.