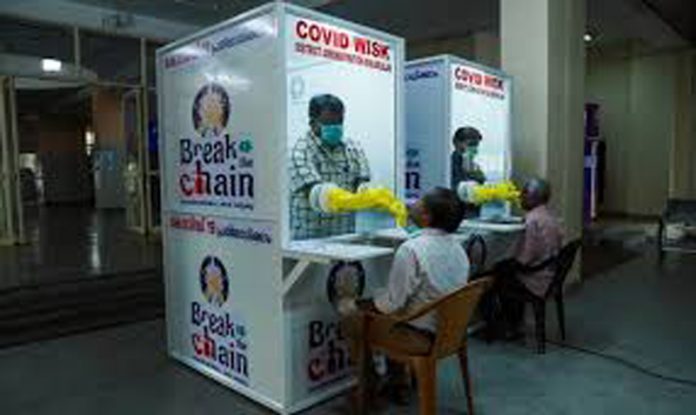 In a separate letter to Kerala, the home ministry has strongly objected to its move to restart restaurants, book shops and barber shops in parts of the state from today.

New Delhi: The government has made it clear that states and union territories cannot “dilute” its guidelines on the nationwide lockdown to control the spread of coronavirus and said states cannot allow their own activities during this period; they can be stricter if they want, the centre said. In a letter to states and union territories, the Union Home Secretary said only those activities permitted by the centre would be allowed from today in parts of the country that are least affected by coronavirus.

In a separate letter to Kerala, the home ministry has strongly objected to its move to restart restaurants, book shops and barber shops in parts of the state from today.

“It has come to notice that some of the states/UTs are issuing orders allowing activities which have not been allowed (by the centre’s guidelines),” the Home Ministry said.

“I would again urge you to ensure compliance of the revised consolidated guidelines, and direct all concerned authorities for their strict implementation in letter and spirit without any dilution and to ensure strict compliance of lockdown,” the letter reads.

State Tourism Minister Kadakampally Surendran denied there was dilution of the lockdown guidelines.
“We have given relaxations in accordance with the centre”s guidelines. I think there is some misunderstanding based on which the centre has sought an explanation. Once we give an explanation, it will all be sorted out. The centre and the state have the same stand with regard to the fight against the pandemic. There is no contradiction in the stand taken. It’s just a misunderstanding, we will clear it,” Mr Surendran told media-persons.

Kerala announced relaxation of the lock-down restrictions in two zones, allowing private vehicles’ movement on an odd-even basis and dine-in services at hotels from today.

Local workshops, barber shops, two passengers in the backseat of cars and pillion riders on two-wheelers would also be allowed in specific zones. Bus travel would be allowed for short journeys within some towns, Kerala had said. Take-away counters could function until 8 pm.

The Left government had colour-coded 14 districts of the state into four zones and decided on easing restrictions in the least affected parts of the state.

“This amounts to dilution of guidelines issued by the home ministry and violation of the order dated April 15 issued under the Disaster Management Act 2005,” said the letter from Ajay Bhalla, Home Secretary to Kerala Chief Secretary Tom Jose, stressing on strict compliance of lockdown measures.

Last week, the government came out with guidelines for the revival of industrial and commercial activities after Prime Minister Narendra Modi extended till May 3 the lockdown to check the spread of coronavirus in the country. The government said it will allow some construction activities and industrial operations in rural areas from today. Offices of Government of India and offices of states and union territories, private vehicles for emergency services, e-commerce companies selling essential goods; courier services, MNREGA works and financial sector will also be allowed to function.

The government on Sunday revised the list of economic activities and services to be allowed from today and said the supply of non-essential goods by e-commerce companies is banned during the lockdown period.