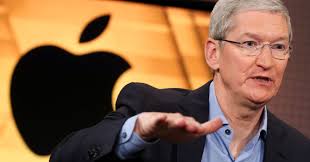 According to CNBC, analyst Jun Zhang said in a note to clients that “we believe Apple will face fundamental deterioration over the next 6 to 12 months”.

“Adding to our ‘sell’ thesis, we believe new iPhone sales will be disappointing, iPad sales growth will slow in the second half of 2019, other product sales growth, such as the HomePod, AirPod, and i, may not be meaningful to support total revenue growth,” said the analyst.

The Cupertino-based giant would, however, maintain its $150 price target, said the analyst.

According to Business Insider, Apple received a downgrade from Rosenblatt Securities owing to slow iPhone sales in June and expected production cuts for the XR model.

“We believe Apple reduced iPhone XR production for Q3 in order to prepare for the ramp of the new iPhone models and because of weakness in sales in Q2,” Zhang added.

The company has made a new push towards generating revenues from launching services such as Apple TV+, Apple News and Apple Music.

The new iPhone, likely to be launched in September, is expected to house a triple-camera system and a new chipset.

“With limited upgrades for the new iPhone models in the fall and expectations of a 5G iPhone in 2020, we expect major iPhone upgrades to be pushed out to the second half of 2020,” said Zhang, adding that iPhone XS may have been “one of the worst selling iPhone models in the history of Apple”.