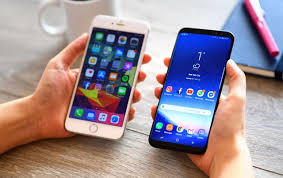 Less and less Apple users are sticking with iPhones when it comes to replacement and is switching to Android phones, especially Samsung, a new report by BankMyCell has said.

The iPhone trade-in site has been collecting data on the new device people have during the valuation and trade-in of their old iPhone. It essentially lets users sell their used phone and upgrade to a new one.

BankMyCell found that 18.1 percent of iPhone users were trading in their device for a Samsung device in June, the highest level since it’s been in the study, according to a CNET report on Thursday.

The site collected data from over 38,000 people trading in their phones since October through 2019 to track Apple brand loyalty during the upgrade cycle.

People who chose Samsung repeatedly were in bigger numbers.

Just 7.7 percent of Galaxy S9 users switched over to an iPhone and 92.3 percent remained on the Android operating system (OS). In comparison, 26 percent of people trading in their iPhone X is moving onto another brand, the report added.

There’s an unlikely beneficiary of coronavirus: The planet