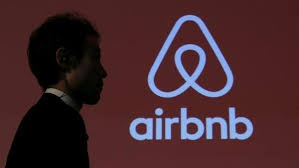 Airbnb had an estimated direct economic impact of around $150 million (over Rs 1,035 crore) in India in 2018 as per its survey, the online accommodation platform major said on Monday.

Indian Airbnb hosts collectively earned almost $28 million (over Rs 190 crore)and welcomed approximately 800,000 guests in 2018, the company said in a statement. Guests in India, on an average, spent $61 on a daily basis with total estimated guest spends for the year at around $120 million, it added.

At a global level, Airbnb’s host and guest community generated over $100 billion in estimated direct economic impact across 30 countries in 2018, Airbnb said.

According to an internal Airbnb survey of more than 228,000 responses from its host and guest community (2,244 of which were from India), 51 percent of Airbnb hosts say hosting has helped them afford their homes. Further, 50 percent of guests say they spent the money they saved by staying on Airbnb in the cities and neighborhoods they visited. Also, 86 percent of guests who have used the platform said that the location is more convenient than hotels matters in their decision to use Airbnb.

Founded in 2008, Airbnb’s accommodation marketplace provides access to over six million unique places to stay in nearly 100,000 cities and 191 countries. It also offers access to local communities and interests through more than 30,000 activities run by hosts across over 1,000 markets around the world.

Further, with Experiences, Airbnb offers access to local communities and interests through more than 30,000 unique, handcrafted activities run by hosts across more than 1,000 markets around the world.

IBM laid off as many as 1 lakh older employees to...