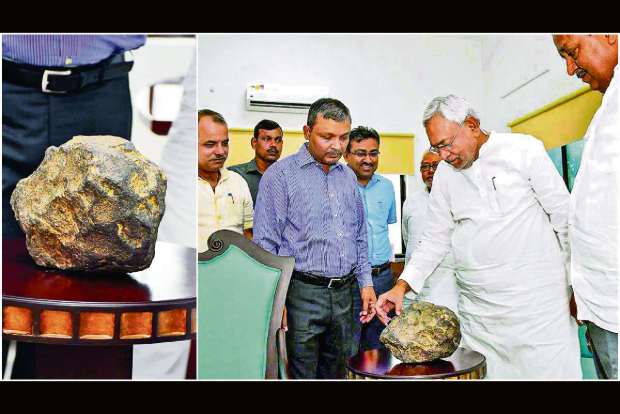 A 13-kilogram celestial object, suspected to be a meteorite, was brought to a museum here after being discovered in Madhubani’s Mahadeva village. The object, having magnetic properties, crashed in the fields of the village under Laukahi block on Monday.

Chief Minister Nitish Kumar said it is being investigated whether the object is a meteorite or not. He said that the object, which is being kept at the Bihar Museum, at present, will later be shifted to the science museum.

According to Mahadeva village residents, the impact of the fall caused a three-foot-hole in the ground.