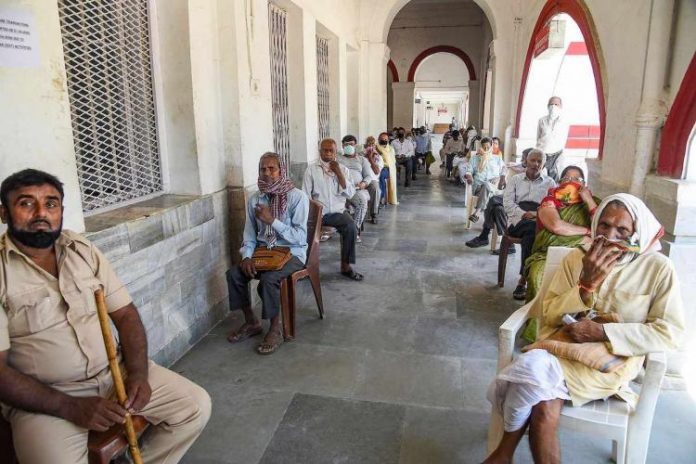 TNM speaks to Dr S Subash Babu, the Scientific Director, NIRT and the Principal Investigator for the study about the goal of the trial, concerns around it and more.

The Indian Council of Medical Research (ICMR) recently granted approval to the National Institute for Research in Tuberculosis, Chennai to spearhead a study to see if the Bacillus Calmette–Guérin (BCG) vaccine can reduce the COVID-19 mortality among the elderly.

BCG vaccine is traditionally given to newborns, to protect them from Tuberculosis (TB),  caused by Mycobacterium tuberculosis (MTB) bacteria. The study is planned in six states in India — Tamil Nadu, Maharashtra, Gujarat, Madhya Pradesh, Rajasthan, and Delhi — in which, around 1,500 participants above the age of 60 years will be administered the vaccine and observed over a period of six months.

Dr S Subash Babu, the Scientific Director, NIRT and the Principal Investigator for the study, speaks to TNM about the goal of the study, the plan and the concerns around it.

What is the objective of the study? What are the eligibility criteria to be a participant in the study?

The second criterion is that the individual should be from a hotspot, which means that he/she is at risk of being exposed to SARS CoV-2 virus. The third criterion is that the participant should not have been infected previously, which means, he/she should not have antibodies in their blood. Participants should not be immuno-compromised (weakened immune system) either due to conditions like HIV, organ transplant etc.

Are diabetic and people with hypertension immunosuppressed?

Diabetes and hypertension (high blood pressure) are not classic examples of immunosuppression. They are associated with lower immune responses. When we say immunosuppressed, we mean HIV or transplant patients. Their T-cell (which play a major role in immunity) count is already low. In people with diabetes and hypertension, their T-cell count is perfectly fine; only some of their responses might be impaired.

In fact, diabetic patients and people with hypertension are those we really need to target and preferably include in the study. Their T-cell count is fine and just need an extra boost, which is what we hope BCG will provide.

Is Chennai considered a hotspot as a whole or are you targeting more specific pockets within the city?

It changes depending on the site we do the study in. In Chennai, hotspots are mainly determined by the Greater Chennai Corporation. We don’t decide. We tell them to give us a list of wards they consider hotspots and based on this list, they help us select the places where we can identify people for the study.

Though the hotspots are not static in nature, we select only those spots where essentially the transmission has been high enough that even if it increases or decreases, it is not going to change remarkably in the next three months. It is a very short study.

The idea is not to say that one has to be always exposed (to the risk of being infected) throughout the duration of the study. That is not going to happen. We just want to select people who are at higher risk now.

What is the duration of the study and how many people are going to be recruited for this?

The study is for 10 months and when participants come into the study, they will be in it only for six months. So we need to complete our enrolment by the third or fourth month.

Because Chennai has started the study first, initially the idea was to recruit 300-500 persons in each site. But it looks like we will be able to target around 500-700 persons in Chennai. The Tamil Nadu government wants us to take in at least 1,000 for the study, but we will need to see. It is too early to talk about the nitty-gritty of the study right now.

Researchers say that BCG vaccination can protect children from severe forms of TB but its efficacy in adults is poor. So what then is the reasoning for going ahead with the trial? And what is the basis of this trial?

BCG is a TB vaccine. The efficacy of BCG is poor in adults against TB. It is good for children.

However, the reason we are interested in BCG is that there have been plenty of studies over the past few decades, which have shown that BCG has a non-specific effect or a bystander effect. This effect boosts the immune response towards non-TB infections as well. For example, BCG promotes immune response against other viral infections.

So during these studies, when children were vaccinated, researchers found that apart from its response to TB infection, it also provided 50% less susceptibility to viral infections. This also means that a bacterial vaccination (BCG) promotes immune response to other viral infections, which are non-specific. The researchers also tested this on adults and the results were similar against flu and dengue. Finally, BCG was also tried on older people because they are highly susceptible to respiratory infections. It yielded promising results. That’s why we are interested in BCG.

This is not something unique that the government of India is doing. Many other groups in different countries are also studying BCG’s efficacy against COVID-19. So people are exploring and hence we are also doing. Most of them are doing it with healthcare workers, who are also at a very high risk of contracting the virus. We wanted to target the elderly, who are also at an equally high-risk category, and hence we made the call.

In India, BCG is generally administered at birth along with Hepatitis-B vaccine. How are we sure that the bystander effect is due to BCG and not because of the other vaccine given during the same time?

A lot of the earlier studies have shown the BCG’s bystander effect against viral infections, which were conducted in countries that did not have a universal vaccination programme as we have in India. The Hepatitis-B vaccine is given in India as a part of the Universal Immunisation Programme.

There are still countries where there is no TB and hence the need to administer BCG does not arise. In those countries, the study groups have given BCG to a group and found out that this group has higher protection against viral infections.

Why are elderly chosen especially for a live vaccine? Isn’t this a high-risk category?

BCG is a live-attenuated vaccine. An attenuated vaccine means it is not capable of causing any infection anymore, but will stimulate the immune response. That is why we use this. However, if the person does not have T-cells, there is a possibility of getting infected and that’s why we have excluded persons without T-cells from this study.

The live-attenuated part is only a concern if you don’t have T-cells response (example, patients with HIV or patients who have undergone organ transplant).

What is the general plan for this study? Do we wait for 10 months to know the results?

First, we screen people and check for antibodies, RT-PCR results, HIV, history of immunosuppression. Once we decide that they are eligible participants for the study and get consent from them, we will administer the BCG vaccine immediately. It is an ongoing process, which means that we will not wait for the entire sample size to be recruited to administer the vaccine.

Ten months is the overall part of the study. However, a lot of studies have interim analysis. Once we recruit some number of participants and then follow up for six months, then we will do an interim analysis using a review of the study generated by the Data and Safety Monitoring Board (DSMB) consisting of independent experts. This review in the initial stages tends to be extremely rigorous because if any adverse effects are spotted, they can intervene early and shut down the study.

The interim review will probably be done around the sixth month of the study. The first set of people might finish the observation period early and that is why we have the interim reviews.

If the DSMB is satisfied that the first group of participants, who were administered BCG, show excellent results even in initial stages, then the Board can decide to stop the study and say that ‘there is enough evidence to use BCG vaccine as a tool of protection against COVID-19’. That would mean that this can be used on the public at a large scale.

Covid-19 pandemic may be over in India around mid-September, claims mathematical...

Chandrayaan 2: Nasa To Share Before And After Images Of Vikram...